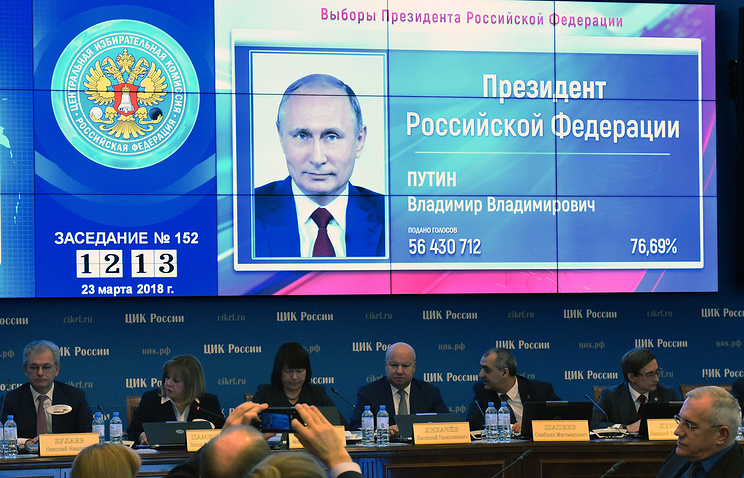 MOSCOW, March 23. /TASS/. The Central election Commission of Russia at session on Friday has approved the results of voting on presidential elections of the Russian Federation: a new six-year term, was elected acting head of state Vladimir Putin, won the election with the result 76,69% of the vote.

Second place went to the candidate from the Communist party Pavel Grudinin, he of 11.77%. These are the results of the elections contained in the CEC draft resolution to be adopted at the Commission meeting on Friday.

After summing up elections, the CEC shall, within three days to officially publish them. In addition, the presidential candidates will have to submit to the CEC their final financial reports, which shall also be published.

The President-elect shall take office upon the expiration of six years from the date of inauguration of the head of state, elected in the previous elections. In 2012, the inauguration of Vladimir Putin took place on 7 may.