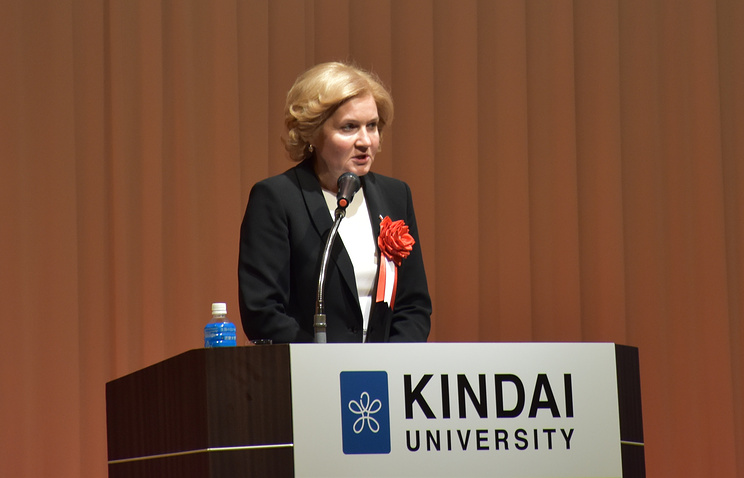 OSAKA, Japan, March 24. /TASS/. In 2018 between Russia and Japan is planned for more than 120 events in the field of politics, economy and culture. This was stated on Saturday by Deputy Prime Minister Olga Golodets before the meeting with the Minister of economy, trade and industry of Japan, Hiroshige Seko.

“Scheduled more than 120 events in the field of politics, economy and culture. And from our work that determines what effect it will have on the economy and the population of the two countries,” she said. The meeting was also attended by the Minister of economic development of Russia Maxim Oreshkin.

Cross Year of culture of Russia and Japan will take place during 2018. Earlier it was reported that one of the largest projects in the framework of a series of cultural events will be the exhibition art of the Edo period in the Pushkin Museum. A. S. Pushkin, which opens this fall. The exhibition will feature prints that have never left Japan. As have informed in the Moscow Museum, the exhibition will be 118 works, of which two have the status of national treasures, ten are important objects of national culture, five works have the status of important objects of art.