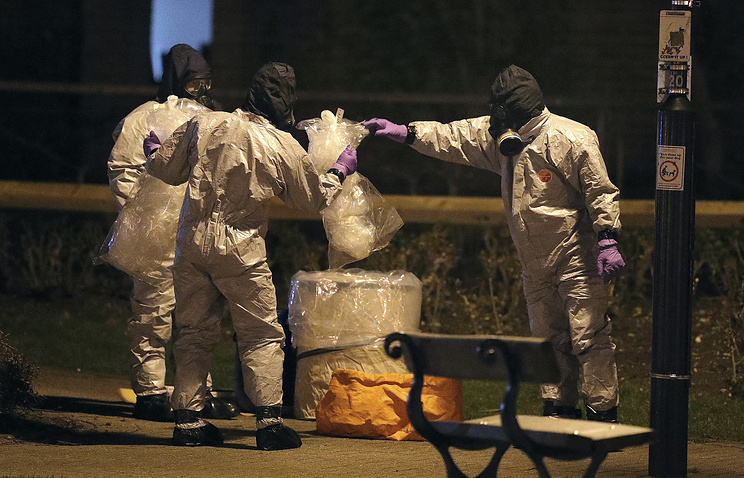 MOSCOW, March 25. /TASS/. The Russian military discovered toxic substance, similar in its characteristics with nerve gas “Beginner”, in 1998 in the database of spectral libraries of chemical compounds National Bureau of standards USA. This was stated by the head of chemical analytical laboratory of the Ministry of defense of the Russian Federation Igor Rybalchenko in the program “Sunday evening” with Vladimir Solovyov on the TV channel “Russia 1”.

“In 1998, we, looking at the next version of the spectral library, which is available from the National Bureau of standards of the United States, and this library contains spectral data on about 300 thousand connections and constantly updated, we found there is a substance that has interested us because it was organophosphorus substance. And we knew that it must have a strong lethal effect. Now it turns out that, judging by the title of this substance, it was just the same “Newbie” A234. He surfaced,” said Rybalchenko.