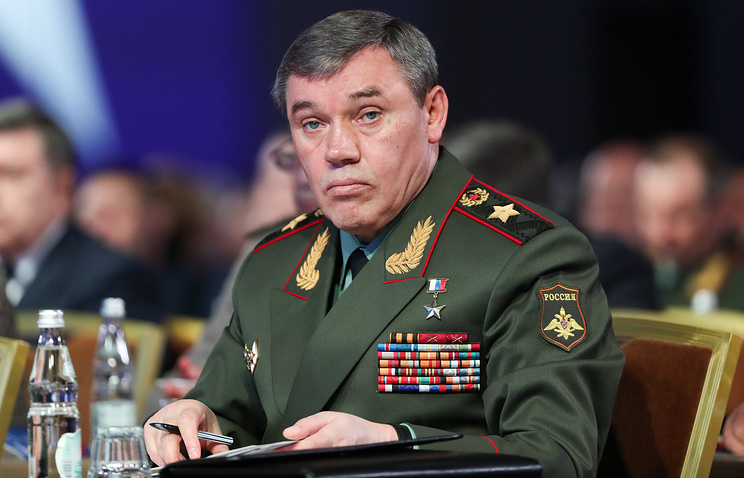 MOSCOW, March 24. /TASS/. The US desire for global leadership-leads to the total inter-state confrontation, said chief of General staff of the Armed forces – first Deputy defense Minister army General Valery Gerasimov at the Military Academy of the General staff.

“Today, a decisive influence on the development of military-political situation in the world has the desire of the United States of America to prevent the loss of global leadership, to maintain a unipolar world by any means, including military. This is contrary to the views of many States, including Russia, which does not accept the dictates and advocates for a just world order,” – said Gerasimov.

“As a result, sharply intensified inter-state rivalry. It is based continue to be non-military measures – political, economic and informational. Moreover, in addition to these areas, it gradually spread to all aspects of modern society – the diplomatic, scientific, sports, cultural and in fact became the total,” said the chief of staff.

He noted that this is not to say that the armed struggle had faded into the background. “The reality shows that the economic, political, diplomatic and other non-military measures from the West in relation to unwanted States are reinforced by threat of military force or direct its use,” stated head of the General.

According to Gerasimov, “in this case, the military force of the United States and its allies often used in circumvention of the generally accepted rules of international law or on the basis of incorrect interpretations of these rules in its favor, under the slogan of defending democracy.”