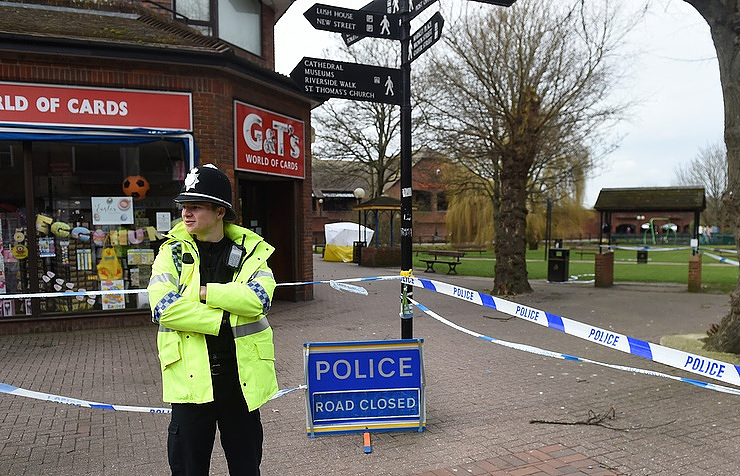 MOSCOW, March 25. /TASS/. British experts tried to save the ex-GRU Colonel Sergei Skripal and his daughter Yulia trivial antidote, which could not produce the desired effect, the head of chemical analytical laboratory of the Ministry of defence (MOD) of the Russian Federation Igor Rybalchenko.

“Apparently, there was used a usual antidote. But perhaps he did not give the desired effect,” he said in the program “Sunday evening” with Vladimir Solovyov on the TV channel “Russia 1”, commenting on the action of the British intelligence services.

“All we know is that people lost consciousness. No signs of lesions, no symptoms was not open and still not open. And all the offers of Russia to participate in the investigation, they are simply ignored,” said Rybalchenko.

According to him, “all depends on the dose and method of application”. “This substance can be applied by cutaneous application, by spraying in aerosol form – for example, from a container, by making food. And depending on the form of application and the dose of lesions may be greater or lesser severity. The only thing we know from the book [Vila] Mirzayanov [“State secrets. Insider chronicle of the Russian chemical weapons program”], that all substances of this class is very difficult in lesions difficult to treat and antidote therapy,” explained chemist Ministry of defense.

Rybalchenko said that after the publication of the formula by Mirzayanov in his book in 2008, “it was easy to more or less prepared the chemistry lab to synthesize this substance” in any part of the world.

About the case Skripal

On March 4, former GRU Colonel Sergei Skripal, sentenced in Russia for espionage in favour of great Britain, and his daughter Julia were in Salisbury, according to the British side, effects of nerve agents.

Later London made a statement that this substance was supposedly developed in Russia, and on this basis accused Moscow of involvement in the incident.

The Russian side has categorically denied all the speculation, arguing that programmes such substances neither in the USSR nor in Russia did not exist.