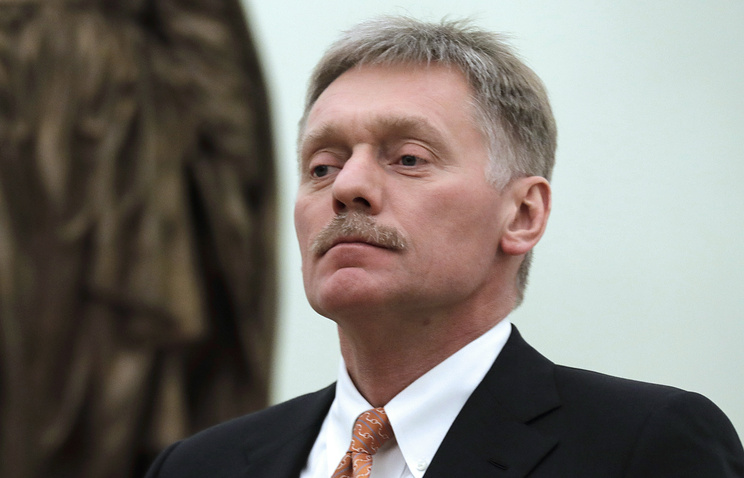 MOSCOW, March 26. /TASS/. Press Secretary of the President Dmitry Peskov said that the Kremlin regrets the decision of some countries on the expulsion of Russian diplomats. According to him, Russia will respond to it, guided by the principle of reciprocity.

“We very much regret these decisions. As reason is the so-called case Skripal. We have already stated and we repeat again: Russia had no and has no relation to this case. Of course, as before, will be guided by the principle of reciprocity,” Peskov said to reporters.

Russia will analyze the situation, then the Ministry of foreign Affairs of the Russian Federation will present to President Vladimir Putin proposals for retaliatory steps.

“We have to analyze the situation concerning decisions on the expulsion of our diplomats by several countries. The primary analysis will be conducted in our diplomatic office. After that, the President will be reported, presented proposals for retaliatory steps. The final decision will be taken by the head of the Russian state,” Peskov said.

Answering the request of journalists to comment on the extent and the timing of such decisions in foreign countries, Peskov said that “in the history of international relations this happened”. “Take different decisions on lines of different international organizations, regional organizations; it has happened. It’s not in mass, and of the fallacy of these decisions. We are convinced of its fallacy, because from our point of view, the reference to the so-called case Skripal has nothing,” he concluded.

Peskov also declined to comment on what impact Washington’s decision to expel Russian diplomats on prospects for possible Russian-American summit. “Wait, here the analysis will be carried out”, – said the press Secretary of the President.