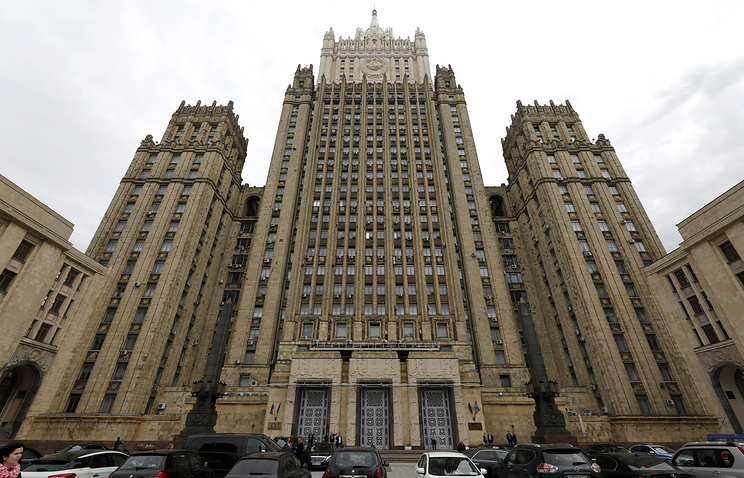 MOSCOW, March 27. /TASS/. Russia strongly condemns the incident in Kosovo, aimed at intimidating the Serbs. This was stated on Tuesday at the foreign Ministry.

The head of the office for Kosovo and Metohija in the Cabinet of Ministers of Serbia Marko Djuric on Monday was captured by police special forces of the unrecognized Kosovo in Mitrovica and handcuffed taken to Pristina. The policy was seized, when he talked with the Serbian citizens residing in the North region. People tried to defend him, but riot police used stun grenades and tear gas.

“We strongly condemn this action, intended to intimidate the Kosovo Serbs tyranny against Marco djurica, which is the head of the Serbian delegation at the talks with Pristina,” stressed in the Russian dipvedomstva.

“Conclusion: Pristina, the EU and the USA do not intend to respect the rights and interests of Serbs, configured brutally suppress their desire to defend their legitimate interests, also drew attention in the Russian dipvedomstva. – It is also clear that the Kosovars, as they were trained, following the example of his patrons in the US and Europe, violates the foundations of international law and operating on the principle of permissiveness”.

In Moscow warned that “extremely dangerous line is fraught with recurrence of armed clashes in Kosovo and destabilization in the Balkan region as a whole.” “Continuation of the attempts to establish control over Pristina carbanazepine parts of the province will clearly ignite the situation will derail long-term efforts of the international community towards post-conflict settlement”, – noted in the Ministry.

“We call on all with influence on the Kosovo elite, aware of its responsibility and to immediately provide its wards a deterrent effect, promote the de-escalation of tension in Kosovo”, – said the Russian foreign Ministry.