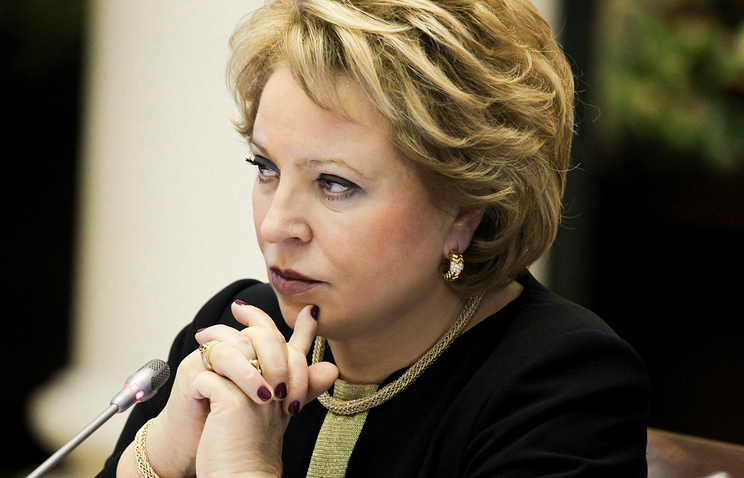 MOSCOW, March 28. /TASS/. The speaker of the Federation Council Valentina Matviyenko called the anti-Russian campaign of mass expulsion of Russian diplomats from different countries, while it does not rule out that this is not the last attack by the Western countries.

“It’s just anti-Russian action. It is clear who is behind this, who organized it all. To exclude forward any contrived reasons and bogus stock in order to adopt anti-Russian decisions, we can’t. We need to be ready,” – said Matvienko.

She called the expulsion of Russian diplomats from several countries “act of provocation against Russia,” an attempt to influence it from the outside, “to make Russia manual and compliant.” “But nothing will come of it. This is really an unprecedented expulsion of diplomats in the so-called European solidarity,” – said the speaker of the Federation Council.

“Russia mirror will answer and will keep parity with those countries that have undertaken them. We did not start this, don’t we bear for it responsibility”, – said Matvienko.

On 26 March the United States announced the expulsion of from 60 Russian diplomats and the closure of the Consulate General of Russia in Seattle. Another 23 European countries, Canada and Australia also decided to send the employees of the diplomatic missions of the Russian Federation (a total of 61), while NATO has reduced the Russian mission to the organization from 30 to 20 people, Bulgaria and Luxembourg recalled for consultations their ambassadors to Russia, London and previously sent 23 diplomat of the Russian Federation (Moscow responded to the expulsion of the same number of British). This coordinated action happened on the background of the incident with the poisoning of ex-GRU Colonel Sergei Skripal in English of Salisbury, in which a number of Western countries accused Russia. In turn Moscow denies involvement and promises to respond to the unfriendly steps taken by these States.