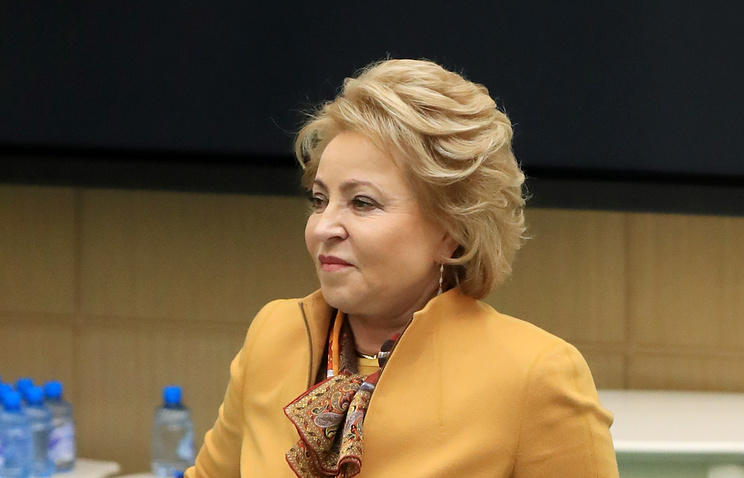 MOSCOW, March 29. /TASS/. The women’s business meeting, “twenty”, for the first time held in Russia, it is planned in the programme of events of the second Eurasian women’s forum, which will be held in September in St. Petersburg.

This was announced on Thursday, the speaker of the Federation Council Valentina Matvienko at the meeting of the organizational Committee of the forum.

“Provides a presentation of the report of the world health organization and a study by the International labour organization. For the first time in Russia it is planned a meeting of the women’s business “twenty”, – said Matvienko, noting that almost completed work on the formation of the forum program.

According to the speaker of the Federation Council, one of the main features of the program of the forum will be the leading international organizations and associations of a number of discussion sessions, meetings, presentations of their research. “The program is already presented such events like the special session UNIDO, UNESCO, APEC workshop, a meeting of the women’s business club of the BRICS”, – said the Senator.

She told me that she also planned large-scale actions for the International day of peace on the second day of the forum. “Every year, by decision of the UN General Assembly it is celebrated on September 21. At the beginning of our work”, – said Matvienko.

The second Eurasian women’s forum will be held 20-21 September 2018 in St. Petersburg.