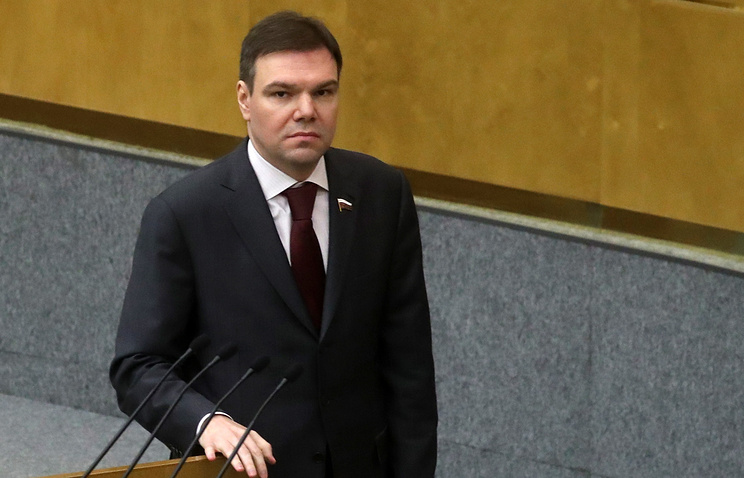 MOSCOW, March 28. /TASS/. The state Duma Committee on information policy, information technologies and communications will study the problem of the proliferation of fake news on the Internet and on the results of this work will voice their position on this issue. On Wednesday told reporters the head of the Committee Leonid Levin.

Earlier in social networks was posted record phone conversations that were made by the citizen of Ukraine Nikita Kulikov, known online as the prankster Evgeny Volnov, about the alleged hundreds of victims at a fire in Kemerovo. Against him Russia’s Investigative Committee opened a criminal case under article 282 (“inciting hatred or enmity”).

“The recent tragic events has shown once again the situation, when the various information appearing on the Internet, primarily social networks, anonymous accounts, anonymous posting, often is untested, unreliable,” – said Levin, expressing the view that this issue requires further study.

“Our Committee is currently analysing all the information received, proposals on the subject, about the violations in social networks and in the media that were. The results of this work we will state their opinion and position,” – said the head of the Duma Committee.

According to him, the provocateurs and those who mocks the tragic events, wherever they may be, certainly should be held accountable. “In this regard, we take a close look at the violations that were, and, having carefully studied them, will give the Committee’s position”, – said Levin, noting that we are not talking about restricting freedom of speech. “We are talking primarily about the dissemination of information in information sources as a whole… our task is rather to explore the issue of exclusion of speculation and provocation of the fake information in the information space”, – concluded the politician.

The fire occurred in Kemerovo on March 25 in the shopping center “Winter cherry”. According to recent reports, the victims were 64 people, including 41 children, identified 27 victims. In total, the fire damaged 76 people, including 27 children. Russian President Vladimir Putin signed a decree on declaring March 28 a day of national mourning.