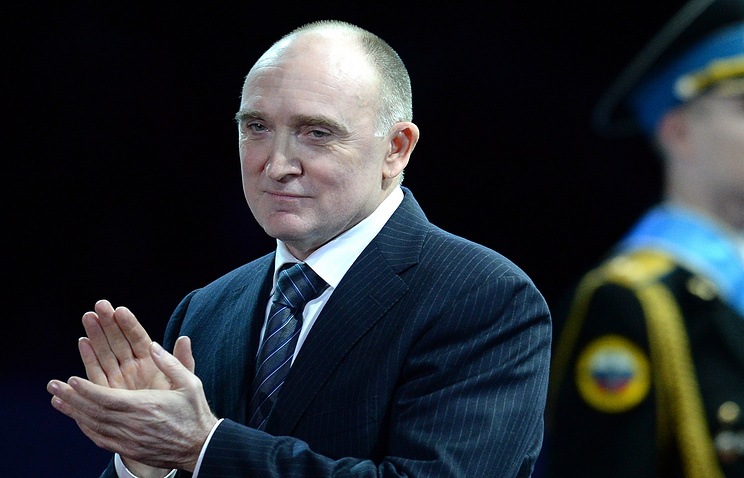 MOSCOW, March 29. /TASS/. The entire infrastructure necessary for carrying out in Chelyabinsk in 2020 session of Council of heads of member States of the Shanghai cooperation organization (SCO) and the BRICS leaders ‘ meeting, will be ready by November 2019. This was stated by the Governor of the Chelyabinsk region Boris Dubrovsky in Moscow at the interagency meeting chaired by the adviser to the President of the Russian Federation Anton Kobyakov, the press service of the Fund “Recongress”.

“We in 2015 are systematically involved in the regional preparations for the events [the SCO and BRICS]: approved roadmap, define all the quantities. The entire infrastructure will be ready by November of 2019”, – quotes Dubrovsky press service.

The meeting was attended by representatives of Federal agencies, the government of the Chelyabinsk region, the Fund “Recongress” and other relevant organisations.

According to the press service, Kobyakov noted that the holding of such important international events in Chelyabinsk is intended to give a strong impetus to the comprehensive development of the city and the region as a whole. In particular, improving Congress and exhibition, hotel, airport, road infrastructure, apply advanced environmental solutions, etc.

Earlier it was reported, Russian President Vladimir Putin has signed the decree about carrying out in Chelyabinsk in 2020 summits of the SCO and BRICS. “Recongress” was appointed sole executor by the Ministry of Finance of the Russian Federation for the procurement of services related to the preparation and ensuring of Russian Federation presidency in SCO and BRICS.

The Shanghai cooperation organization is a permanent regional international Association, the creation of which was announced on 15 June 2001 in Shanghai. Members of the SCO are Russia, India, Kazakhstan, Kyrgyzstan, China, Pakistan, Tajikistan, and Uzbekistan.

BRICS is an informal Association of five emerging countries: Brazil, Russia, India, China and South Africa. It was founded in June 2006.