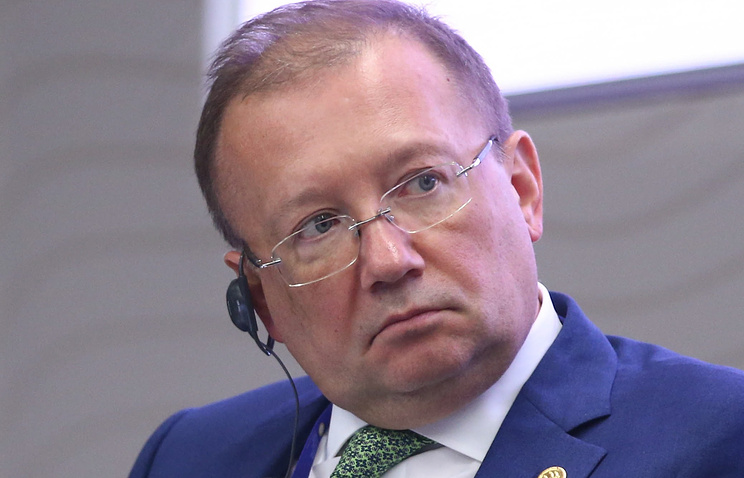 MOSCOW, March 31. /TASS/. The Russian Ambassador in London Alexander Yakovenko believes that the case of Sergei Skripal, death of Russian businessman Nikolai Glushkov on March 12 and examination of the aircraft of Aeroflot at London Heathrow airport – related events. This opinion was expressed by the diplomat TV channel “Russia 1” on Saturday, commenting on the inspection staff of the UK border force and customs flight of Aeroflot at London Heathrow airport on Friday.

“And the provocation in Salisbury, and the murder of [Russian businessman Nikolai] Glushkov, as we know now, and what happened at Heathrow – it’s all one chain. This, of course, we will carefully sort out, but one conclusion can be drawn is that the British side in this case is acting very irresponsible,” he said.

Previously, the newspaper The Daily Telegraph reported, citing sources in the British government that an inspection of the aircraft “Aeroflot” was not connected with the investigation Skripal. The sources claim that the inspection was routine inspection of an aircraft arriving on a flight from “high risk countries”.

On Friday, the airline “Aeroflot” reported that the British authorities without charge of the reasons for the performed inspection of the aircraft, forcing the crew to leave the plane and isolated the commander in the cockpit. The company noted that such actions “do not correspond to world practice of conducting such inspections.” The Russian Embassy in the UK sent a note to the British foreign Ministry demanding clarification of the incident.

Without presenting any evidence, London deported 23 of a Russian diplomat and expressed other anti-Russian measures, after which Moscow retaliated by sending, in particular, the same number of employees of the British Embassy.