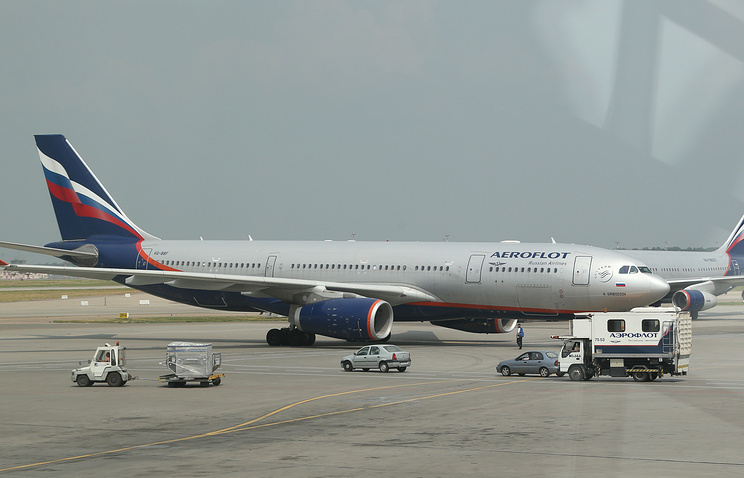 LONDON, March 31. /TASS/. Examination of the aircraft of Aeroflot at London Heathrow airport is a flagrant provocation of the British authorities. This is stated in received by Friday, TASS the message of the Russian Embassy in the United Kingdom.

“Today we witnessed yet another gross provocation by the British authorities. Forces border and customs officials had inspected the aircraft, a flight of “Aeroflot” 2582/2583 Moscow – London – Moscow. Such things are extremely rare and are by and large extraordinary,” said the press Secretary of the Embassy.

“Our attempts to promptly contact the UK foreign office to ascertain the reasons for incorrect actions of British officers has not led to results. The Embassy sent a note to the British side to give explanations in connection with the incident”, – added in the Embassy.

“The British tried to inspect the aircraft without the presence of the crew, which is strictly prohibited by the existing rules. After arriving at the airport and employees of the Embassy and long talks managed to defend part of the vehicle commander in the inspection. The results of the inspection, the British refused to provide any written documents in which was the reason of this action, its legal basis and results,” stressed in the Russian Embassy, linking the incident at Heathrow “with the policy of hostility, which the British government holds against Russia.”

What happened at Heathrow?

Previously, on 30 March, a source at Russian airline Aeroflot told TASS that the UK authorities, without any grounds, inspected the aircraft, forcing the crew to leave the plane. The TASS correspondent was able to talk with a passenger named Alexander, who arrived on a flight 2582 at 15:57 local time (17:57 GMT) from Sheremetyevo to Heathrow. According to him, at the exit of the Airbus passengers waited for the police dog, which sniffed all their stuff.

“When we came out of the plane, right in the sleeve of the door liner we were met by about seven police officers with a dog. They were instructed to keep their bags low to the floor that is off the shoulder backpacks and handbags, so the dog could sniff them. I witnessed how some people pulled to the side and right there we made a check of personal belongings. This inspection caused the congestion, the people flocked to the salon, among them were Russians and foreigners,” – said Alexander.

“It was all very frustrating and extremely unusual,” he added.

Relations between Russia and Britain escalated after the March 4, ex-GRU Colonel Sergei Skripal, who was convicted in Russia for spying for Britain, and his daughter had been in Salisbury, according to the British side, effects of nerve agents. Then London made a statement that this substance was supposedly developed in Russia, and accused Moscow of involvement in the incident. The Russian side rejected the accusations, stating that programmes such substances neither in the USSR nor in Russia did not exist.

Later, London was expelled from the country 23 Russian diplomat and expressed other anti-Russian measures, after which Moscow has taken retaliatory steps in returning from Russia, a similar number of staff of the British Embassy and giving instructions to close the Consulate General of Bulgaria in Saint-Petersburg and to stop the activities of the British Council in Russia.