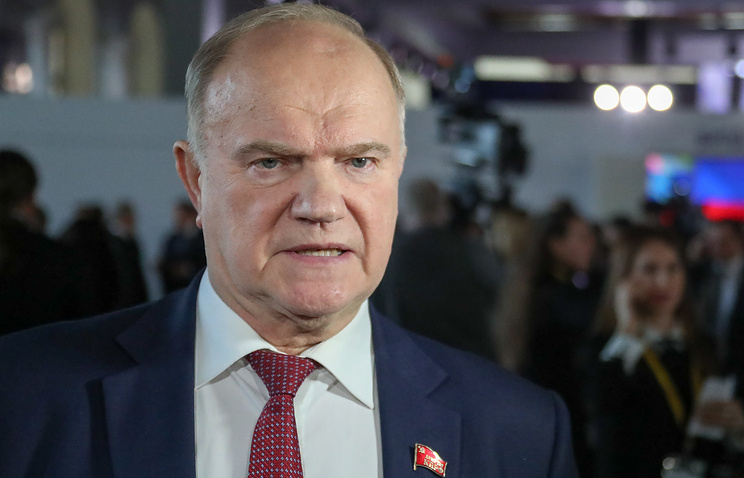 ROZHDESTVENO, Moscow oblast. /TASS/. The Communist party remains the country’s only real opposition force, said on Saturday the leader of the party Gennady Zyuganov at the March Plenum of the Communists.

“We are the only real opposition, the alternative government,” – said Zyuganov.

According to him, the Communist party “steadfastly withstood the recent election campaign”. Addressing the audience at the plenary session of the party, he thanked them “for the courage and fortitude to face new challenges”. “I am confident that together we will overcome any difficulties”, – said Zyuganov.

“We must rely on the interests of the people, then there will be stability and reliability,” – said the Communist leader.

In his view, “the position of the liberal democratic party was dramatically weakened, and prospects “Fair Russia” even more vague”. “It [a just Russia] did not dare to stick their noses in the race and came very close to the point of completion of its life cycle,” – said the politician. Speaking, as he put it, about “project Sobchak,” that, in his opinion, “at this stage there is a complete collapse of the liberals”.

A new course of development of the country

The Communist party is ready for serious talks with the authorities on the question of forming a new course of development of the country, said Zyuganov.

“As difficult as it is, but our doors are open for serious negotiations. In any country of the party with the second result (at the election of the President of the country – approx. TASS), is attracted in order to discuss the future of the country. We are ready to sit down at the negotiating table in order for the country to peacefully and democratically withdraw from the crisis,” – said Zyuganov.

“I want the powers that be heard our position,” he said. According to the politician, party “ready to negotiate the formation of a new policy, the new policy”.

The number of the party

Communist party leader Gennady Zyuganov put on Saturday during the party’s plenary session to double the number of the party.

“The conditions are ripe for doubling the number [of the party],” said Zyuganov, noting that “thousands of people during the [election] campaign announced its desire to join the ranks of the Communist party”. “We should double the membership of our party, we have to go to each band, people believed us, and they expect even more energetic and courageous work,” – said Zyuganov.

The Communist party leader believes that will grow support for the party from young people. “I am confident that we will get support in the youth environment significantly with every next election. We need to work more effectively in this environment,” he said. “Only by strengthening our organization, fueling the young and growing staff, we will be able to solve more complex problems,” – said Zyuganov.

Presidential elections in Russia took place on March 18. According to the Central election Commission of Russia to voting results, Vladimir Putin scored 76,69% of the votes, in second place – the candidate from the Communist party Pavel Grudinin from 11.77%. The third was a leader of LDPR Vladimir Zhirinovsky, which received the 5.65%.