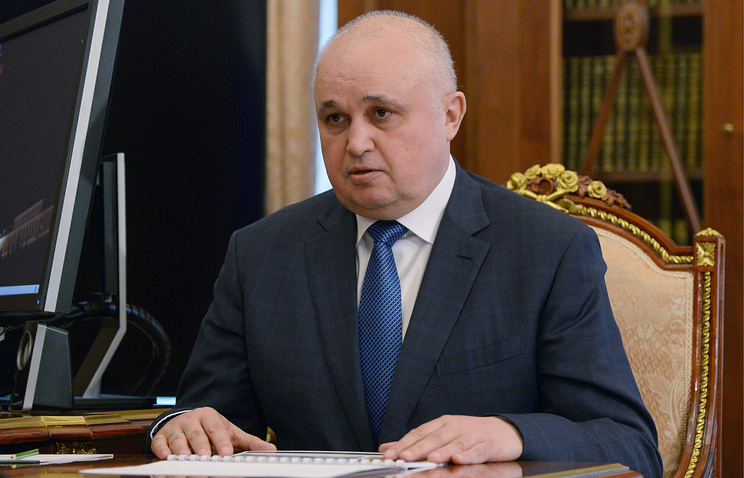 KEMEROVO, April 2. /TASS/. The acting Governor of the Kemerovo region Sergey Tsivilev at the presentation ceremony in the new status, called its main task “dive into the features of the region.”

“Our main task I see now is to understand all of the details, especially in the region, all the programs that have been compiled. I only believe in the team spirit of the people who live here,” said Tsivilev.

He also stressed that he would work with the existing team.

“I intend the work to build with the residents of Kuzbass on the basis of the team that is there. Is worthy people, we will continue to work,” he said.

Tsivilev will begin from 3 April meeting with relatives of the victims in the fire in the shopping center “Winter cherry”.

“I’m from tomorrow start receiving the remaining (relatives of victims – approx. TASS), who did not in the time frame to get to Aman Tuleyev (Tuleyev – approx. TASS),” he said Tsivilev.

“Every relative we are talking individually, the assistance program designed for many, many years. This is especially true of children who have no parents,” – said acting Governor.

According to him, children should be brought not only to the time of the physical formation, but also to become worthy citizens. “We have to go along with them, school, College”, – said Tsivilev.

The presentation ceremony of the new head of the region began with a minute of silence in memory of those killed during a fire in the shopping centre, “Winter cherry”.

“I have an idea I want to begin by saying that we have nine days (from the moment of death – approx. TASS). I propose to honor the memory of victims minute of silence,” he said, opening the ceremony, the Plenipotentiary representative of the President in the Siberian Federal district Sergey meniailo.

Menyailo also said that after the fire in the Mall Tsivilev “was in the thick of things and have taken all possible measures for liquidation of consequences”.

“I am sure that Sergey will contribute to the socio-economic development of the region, which is based on the mining industry, will do everything to ensure political stability in this difficult region for the company,” – said Menyailo.

Former Governor Aman Tuleyev ahead of schedule resigned after a major fire in the Kemerovo TC “Winter cherry”, which killed 64 and injured 79 people.