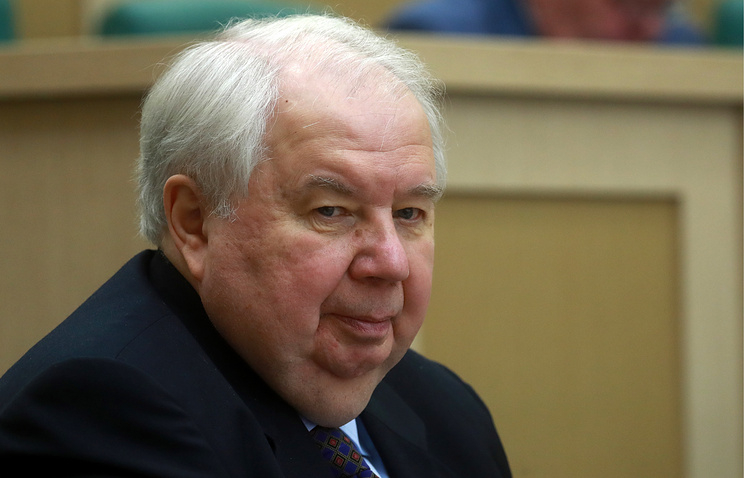 MOSCOW, April 3. /TASS/. Possible meeting of Russian President Vladimir Putin and his us counterpart Donald trump have a positive impact on relations between the two countries under any circumstances. Such opinion in interview to the newspaper “Kommersant” expressed the first Deputy Chairman of the Federation Council Committee on international Affairs, former Russian Ambassador to the U.S. Sergey Kislyak.

“The meeting between the leaders is always important, at least in order to bring clarity to the relationship. So I think that if the meeting took place, it would be positive under all circumstances,” he said.

However, the Senator noted that even if the meeting takes place, it is unlikely to lead to significant progress due to the lack of an appropriate attitude in the United States. “As a result of all that is happening in Russian-American relations is probably the most aggravated degree of the lack of normality after the end of the cold war,” he added. Earlier it was reported that the presidents during their telephone conversation on 20 March, the possibility of a meeting, but her training is not conducted.

When asked about the threat of a military confrontation between Russia and the United States, Kislyak expressed hope that the us administration will not dare direct conflict as war between two nuclear powers “could destroy us all”. “We have enough capacity to provide such deterrence is at the proper level. But tense situations can be a lot,” he added.

The Senator also commented on the recent expulsion of 60 Russian diplomats from the United States amid accusations against Russia by Britain in the poisoning of ex-GRU Colonel Sergei Skripal and his daughter Julia. In his opinion, this is not the reaction of the us administration on charges of London, as a way to show their tough stance against Russia. “This is a continuation of clashes in the country. The administration seems to have decided to show how hard it is in Russia,” – said Kislyak.