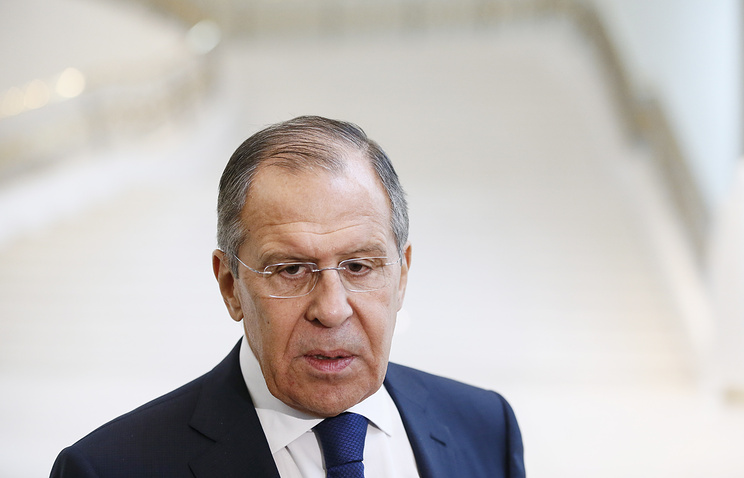 MOSCOW, April 2. /TASS/. The question of how far can go the mutual expulsion of diplomats, does not depend on Russia, to be the West. This was stated on Monday, Russian foreign Minister Sergei Lavrov.

“Early in my childhood, we said, who started it, and he should stop. We don’t want to be like the games of children, but our partners are doing exactly this,” – said the Minister.

He also noted that diplomacy is the principle of reciprocity, which will be applied consistently.

Now say that the situation between the two countries has become “worse than it was in classic cold war because then has observed some decency,” said Lavrov.

Now the Western partners that “have resorted to outright lies, outright deception,” he added. At the same time, Moscow responds “quite calmly, coolly”. Russia insists that “any allegations, any claims need to be substantiated by facts,” said Lavrov.

Western countries reduce the opportunities for dialogue with Russia, expelling diplomats under false pretenses, he added.

The U.S. sent 60 Russian diplomats and shut down in Seattle genkonsulstvo of the Russian Federation. Four diplomat expelled Germany, France, Poland, Canada, Czech Republic, Moldova and Lithuania, and two in Italy, Spain, Australia, Denmark, the Netherlands and Albania, one – Hungary, Belgium, Ireland, Georgia, Norway, Latvia, Macedonia, Finland, Romania, Sweden, Croatia, Montenegro and Estonia. Ukraine sends 13 diplomats of the Russian Federation, and NATO has reduced the mission to Russia for 10 people. The European Union has withdrawn for consultations its Ambassador in Moscow. So did Portugal, Bulgaria, Slovakia, Luxembourg and Malta. Coordinated action occurred after the poisoning of ex-GRU Colonel Sergei Skripal in Salisbury .

In turn, the Ministry of foreign Affairs of Russia announced about the mirror measures relating to the diplomatic missions of States that have decided to expel Russian diplomats. The Russian foreign Ministry also demanded to bring the total number of employees of the British Embassy in Moscow and consulates in Russia, in accordance with the number of Russian diplomats and administrative and technical employees who are on extended business trips in the United Kingdom.