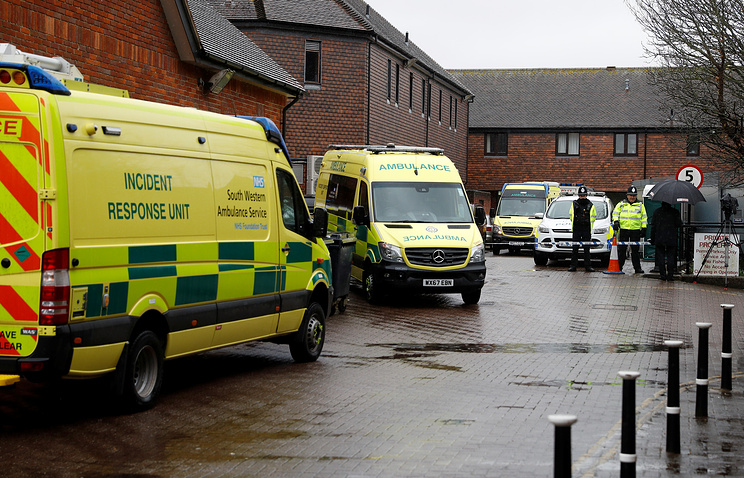 The HAGUE, 2 APR. /Offset. TASS Vitaly Chugin/. The Russian side sent a note to the OPCW (Organization for the prohibition of chemical weapons) in order to access the results of the investigation of the case Skripal. This was stated Monday in an interview with TASS, Russia’s permanent representative at the OPCW Alexander Shulgin.

According to him, informed the OPCW Technical Secretariat stated that it would share information with the Executive Board of the organization only, subject to the agreement of the British side.

“Our lawyers checked the link workers Thesecretariat to the situation of privacy, said Shulgin. – Our opinion is that this link is untenable. We sent a note to Thesecretariat. Waiting for a reply”.

In conversation with the correspondent of TASS Shulgin said that the technical expertise of Thesecretariat the OPCW will be able to give an opinion only on the chemical composition of the substance was poisoned Skrypali. “Technical expertise can give only one result – the chemical composition of the substances applied in Salisbury, without specifying the country of origin and without the assumption of responsibility,” he said.

While Russia still intends to seek from the British side of the access data collected in the course of the investigation. “We demand access to the records of the surveillance cameras, the transcripts of telephone conversations, for samples selected by British experts and analyzed in the laboratories of Porton down (secret base near Salisbury, which conducted the study of chemical weapons),” said Shulgin.

Earlier in an interview in the program “60 minutes” on TV channel “Russia 1” Shulgin said that Moscow will insist that in the investigation Skripal was attended by Russian experts. “We will accept only those conclusions of the international and national experts, which will be based on hard facts that are installed in accordance with all relevant international legal procedures, and provided that Russia’s participation in any kind of investigation,” he said.

Shulgin added that Russia will not accept the outcome of the investigation of the incident in Salisbury that it will involve Russian experts. “The mandate of OPCW experts is only to test the chemical composition of the substances applied in Salisbury, – the diplomat said. – Here again we come to the question about the need for a comprehensive investigation. No results of that investigation we will not accept that it will involve the Russian experts”.

According to the Ambassador, the results of the work of the OPCW experts will be known at the end of this week or early next.

“A group of OPCW experts have returned to the Hague, they brought samples taken in England. These samples are divided into some parts and is currently being evaluated in two certified laboratories of the OPCW. The results will be known at the end of this or beginning of next week,” he said, stressing that experts from Russia “the group of the OPCW, who was in England, and there was not in principle.”

Many Western politicians realize the danger arising in connection with the case Skripal, and calling for cooperation in the framework of the OPCW, said Shulgin.

“Many here, including in the West, understand the danger of the current situation. The Minister of foreign Affairs of the Netherlands, the countries where we are called on Russia yesterday to demonstrate full openness and cooperation with the OPCW. But this is what we say: we are ready to open dialogue, are ready to cooperate with the OPCW and within the OPCW,” said Shulgin.

“That’s why we convened on 4 April extraordinary specsnew this organization. We make one more attempt to bring the impasse to which the British give birth to her”, – said the diplomat.