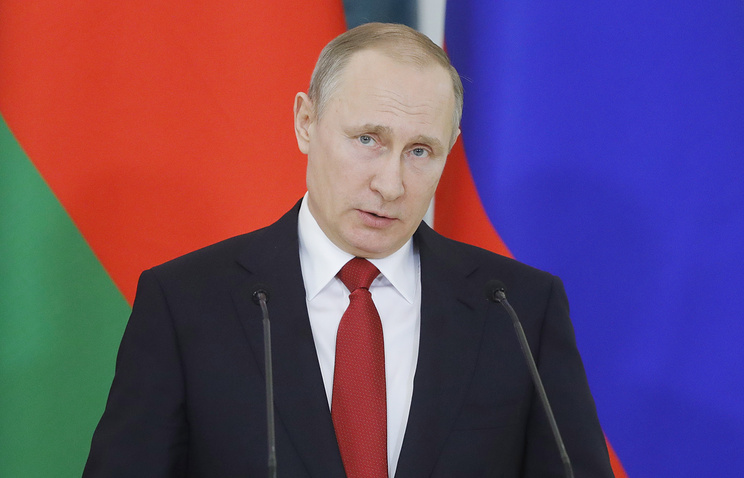 MOSCOW, April 2. /TASS/. Russian President Vladimir Putin congratulated the participants of the solemn meeting on occasion of Day of unity of peoples of Russia and Belarus and called the occasion the symbol of indissoluble ties of fraternal peoples. The greeting text published Monday on the official website of the Kremlin.

“I warmly congratulate you on Day of unity of peoples of Russia and Belarus – a wonderful holiday that symbolizes the indissoluble ties of fraternal friendship, spiritual and cultural affinities binding the peoples of our countries,” – said in greeting.

The President noted the high rate of development of interregional relations and the scale of projects in infrastructure, energy, scientific-technical, humanitarian and other spheres, which are implemented in the Union state of Russia and Belarus.

Putin added that among the priority tasks of cooperation – formation of unified legal space, the convergence of education systems and improving the mechanisms of economic and trade exchanges. He also expressed confidence in enhancing further the fruitful Russian-Belarusian cooperation and integration.