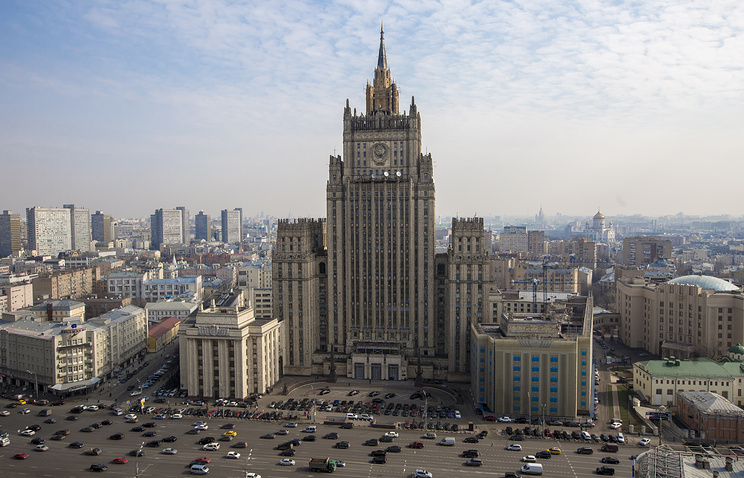 MOSCOW, April 1. /TASS/. Russia has sent Sunday to the organization for the prohibition of chemical weapons (OPCW) a list of 13 questions in the fabricated case against her Skrobala. Relevant information published on the website of the Russian foreign Ministry.

“1 April, the permanent mission of the Russian Federation to the Organization for the prohibition of chemical weapons sent to thesecretariat organization a list of questions on trumped-up against Russia the case Skrypalia”, – stated in the message.

Earlier on Thursday, Russian foreign Minister Sergei Lavrov said that Russia will convene an extraordinary session of the Executive Council of the OPCW in connection with the case of the poisoning of ex-GRU Colonel Sergei Skripal and his daughter Julia. After this TASS in the press service of the OPCW announced that a meeting of the Executive Board will be held on April 4.

In addition, the Russian side is interested in, what kind of help London has asked thesecretariat, and what specifically the Brits are asked to confirm thesecretariat OPCW: only the use of nerve agents, or that it refers to the type of “beginner” according to Western classification.

The list included and questions to the organization, namely, who led a group of OPCW experts, who visited the UK which experts have included in its composition, how long they have worked and with whom interacted.

The foreign Ministry also requires to clarify what was the sampling procedure and observed if the fundamental principle of the OPCW in the investigation (the so-called “chain of custody”).

“In any certified laboratories will analyze the samples obtained by thesecretariat the OPCW during the visit of its experts to the UK?”, – asks the Russian foreign Ministry.

Disclosure of materials to the EU and part of France

In addition, the Ministry of foreign Affairs of the Russian Federation asks to explain, whether to give thesecretariat OPCW consent to the disclosure by the UK of the investigation to the EU and did it France of its connection to technical assistance, which was requested by the UK.