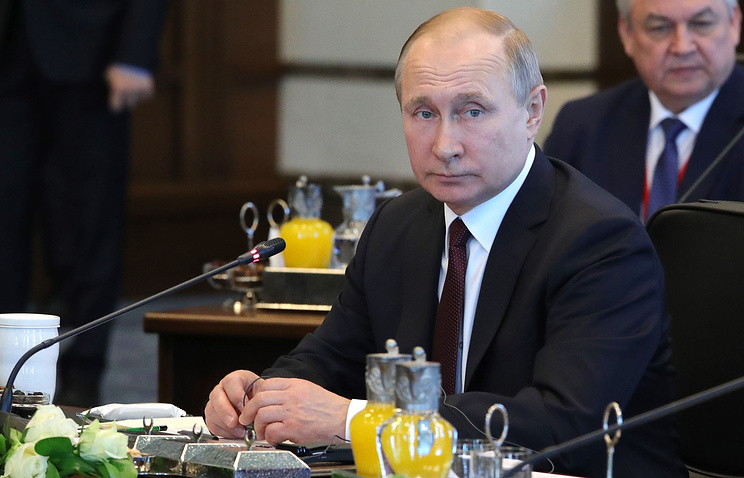 ANKARA, April 4. /TASS/. The President of Russia Vladimir Putin said about the information available about terrorists ‘ efforts to provocations with the use of toxic substances in Syria.

“As a General strategic goal to see the final defeat of the terrorists do not leave attempts to destabilize the situation on the ground, trying to thwart efforts to advance the peace process,” – said the Russian head of state to journalists after a trilateral meeting of heads of the States – guarantors of the Astana process of the Syrian settlement.

According to Putin, terrorists “in the course of going any means”. “We have obtained irrefutable evidence of preparation of provocations by militants using chemical agents,” – said the President of the Russian Federation.

He said that the summit in Ankara, “we agreed, therefore, to increase trilateral coordination on all aspects of counterterrorism, to increase the exchange of information”.

The Russian leader thanked the Turkish and Iranian colleagues “for meaningful and productive negotiations”. “I’m sure the summit will take the necessary practical measures and the results will contribute to future productive work in the interest of final peace and stability in Syria,” – concluded Putin.