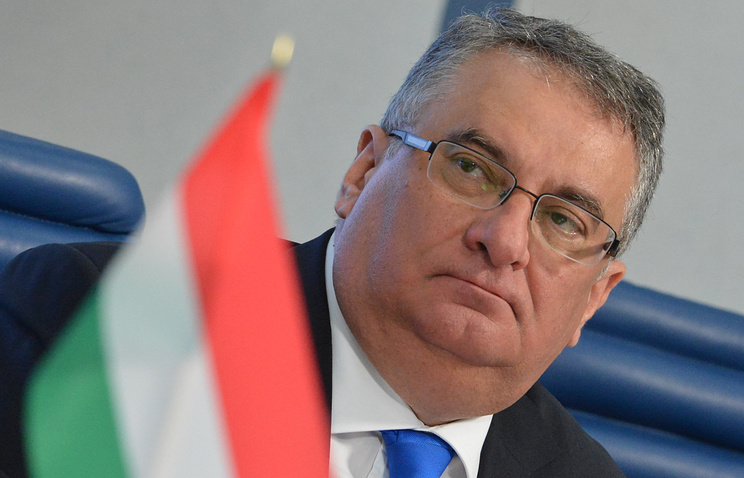 MOSCOW, April 4. /TASS/. Russia declared to the Hungarian Ambassador about the expulsion of an employee of the Embassy of Hungary. This was reported on Wednesday in the foreign Ministry.

“4 April, the Russian foreign Ministry was caused by extraordinary and Plenipotentiary Ambassador of Hungary in the Russian Federation, Janos Balla, – stressed in dipvedomstva. – He handed a note of protest and stated that in response to the unfriendly and unreasonable demands of Hungary, the expulsion of Russian diplomatic employee on the basis of unsubstantiated accusations the UK to Russia for so-called business Skrobala the Russian side declares persona non grata the employee of the Hungarian Embassy”.

Hungary joined the group of countries led by the US and Britain announced the expulsion of Russian diplomats in connection with a case of poisoning in Salisbury of ex-GRU Colonel Sergei Skripal, who was sentenced in Russia for espionage in favour of great Britain, and his daughter Julia with some substance nerve. In response to these hostile actions of the Russian foreign Ministry said that Russia reserves the right to take retaliatory steps against these States.