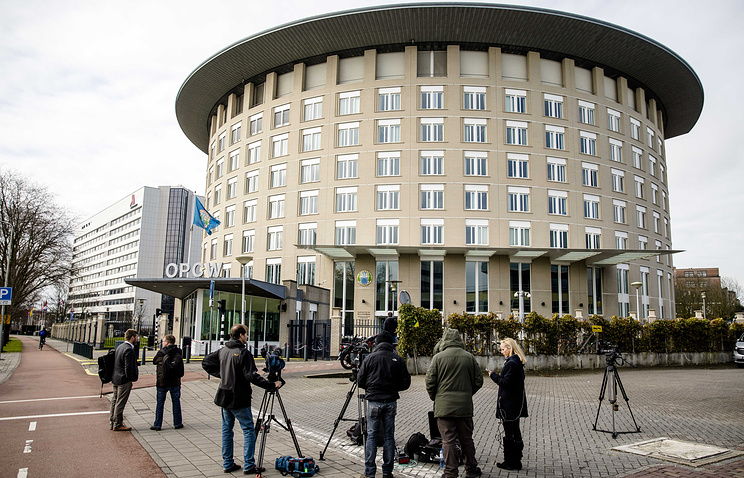 The HAGUE, 4 April. /TASS/. The Russian Declaration of the Organization for the prohibition of chemical weapons (OPCW) on the incident in Salisbury was supported by 14 countries. On Wednesday said the Russian permanent representation to the OPCW in his Twitter.

“14 countries – members of the organization supported a joint statement to the OPCW on the incident in Salisbury: we believe it is necessary to ensure that this problem will be solved within the legal framework, using the full potential of the CWC (Convention on the prohibition of chemical weapons – approx. TASS), – have informed in the Russian mission.

On March 4, former GRU Colonel Sergei Skripal, sentenced in Russia for espionage in favour of great Britain, and his daughter Julia were in Salisbury, according to the British side, effects of nerve agents. Later London made a statement that this substance was supposedly developed in Russia, and on this basis accused Moscow of involvement in the incident. Russia categorically rejects this speculation.