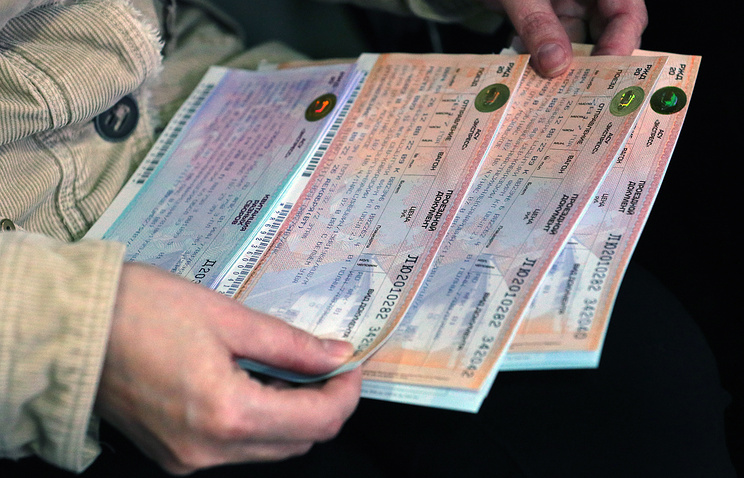 From 2019, passengers will be able to choose how much money to pay for a train ticket to spend more and have the right to return or to save money by purchasing a travel document for non-refundable rate. The introduction of such a tariff bill passed by the state Duma.

Return tickets purchased at non-refundable rate, will only be possible in exceptional cases — for example, if the documented sudden illness of the passenger or a member of his family that he was going to go. Also you can leave them in the case of death of a close relative of the passenger, cancellation or delay of the train.

How is the price of the ticket

Now the passengers can return any purchased ticket.

For example, a ticket for “Sapsan” from Moscow to Saint Petersburg is 2583 rubles, of which the cost of the ticket — 1125 rubles, and the fare — 1358 rubles. When returning the ticket within three hours, the passenger can obtain 1804 rubles, and in less than two hours — only 1125 rubles.

After the law came into force, the return tickets will be sold together with irrevocable.

But the cost of the latter is likely to be below: the carrier will have the opportunity to save money, lowering the risk of losses from return tickets. When the bill was submitted to the lower house of Parliament in 2014, the Russian Railways promised to reduce the price on non-refundable tickets for 10-20% of the cost of the return.

Half of the people surveyed service trips Tutu.ru said that for the sake of saving half the cost of the ticket, they agree to non-refundable rates. Another quarter of respondents said they would be willing to buy such tickets if I could save at least 30-40% of the fare. 5% of tourists would agree to buy non-refundable travel documents if their savings are 10-20%. For the opportunity to hand over a train ticket, ready to pay only 13%.

The cost is different at times

In European countries non-refundable train tickets for sell for a long time. As a rule, they are much cheaper than the return.

Online service for organizing travel OneTwoTrip analyzed the rates of the railway companies of France, Germany, Italy, Spain, Sweden, Norway and the Netherlands. The minimum difference between non-returnable and fully refundable fare was 20%. But almost half of the cases the ticket refundable rate was multiples cheaper than that sold on the “flexible” rate. So, the ticket from Rome to Venice without the right of return is 1025 rubles, and return — 4415 rubles. From Paris to Lyon same prices will be 1971 and 7648 rubles, and from Stockholm to malmö — 2129 and 7333 of the ruble, respectively.

“European rail carriers have long been used as a tool of sales promotion are non-refundable and partially return rates. The possibility of changing the dates of your trip and the possibility of cancellation with the return value — one of the components of the tariff, therefore, non-refundable tickets cheaper than usual, — said the head of the railway field service OneTwoTrip Maxim Azarov. — The experience of European carriers shows that the introduction of non-return rates can significantly reduce the cost of tickets. For the Railways this problem is particularly relevant due to the increasing competition between railway and air transport”.