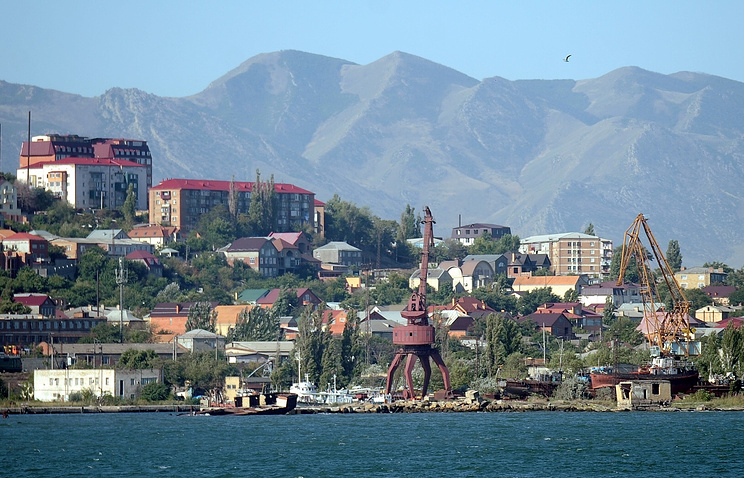 MAKHACHKALA, April 5. /TASS/. Makhachkala commercial sea port (MITI) in the first quarter of 2018 has increased the volumes of grain transshipment in five times and of oil – more than three times compared to the same period last year. This was reported by TASS on Thursday in a press-service of administration of head and government of Dagestan on the results of the site visit Thursday, Prime Minister of the Republic Artem Usov Zdorovym.

“In January-March of this year oil transshipment in the port of Makhachkala grew by 218% and amounted to more than 500 thousand tons. During the reporting period and increased volumes of transshipment of grain. In January-March to Iran shipped about 137 thousand tons of grain, which is almost five times higher than the results of last year”, – said the representative of the press service.

According to him, on Thursday visited the port Artem zdunov. He got acquainted with work of the grain terminal, dry cargo Harbor, where he resumed transshipment of cement, ceramic tiles, lumber, oil for crude oil.

“We are now preparing for the State Council for the development of logistics and port infrastructure of the Caspian regions. This important event, which also will address issues of modernisation and reconstruction of Makhachkala trade port,” said Zdunov, whose words are resulted in a press-service. The Prime Minister added that the authorities of Dagestan should “calculate the logistics of finding a ship-goods” and to prepare proposals for the construction of a new bypass road.

In January 2018, Murmansk commercial seaport increased the volume of transshipment of grain to Iran 11 times compared to the same period of 2017. In January of this year Makhachkala dockers shipped to foreign consumers more than 46 thousand tons of grain, and for this period last year – about 4 thousand tons of wheat, corn and barley.

The grain enters the commercial port by road and rail, mostly from the Krasnodar and Stavropol edges and the Rostov region. To download to court the grain falls into a special container for temporary storage, which check the quality. Makhachkala port has 12 such tanks by 1.5 million tons.

The main reasons for the growth

General Director of Murmansk commercial seaport Murad Hidirov previously reported that the growth of turnover promote “the availability of sufficient port capacity, flexible tariff policy and creation of favorable conditions for consignors and consignees”. Assistant Hidirova Alik Abdulgamidov said that the main reason for the growth of the turnover of the Murmansk commercial seaport was the lifting of the ban on the transportation of oil from Kazakhstan.

In 2017, the port has lost a significant part through the Makhachkala oil due to the fact that the Ministry of energy of the Russian Federation has forbidden the port to transport oil with a sulphur content of more than 0.6%, and Kazakh oil, the figure is 1.2%.