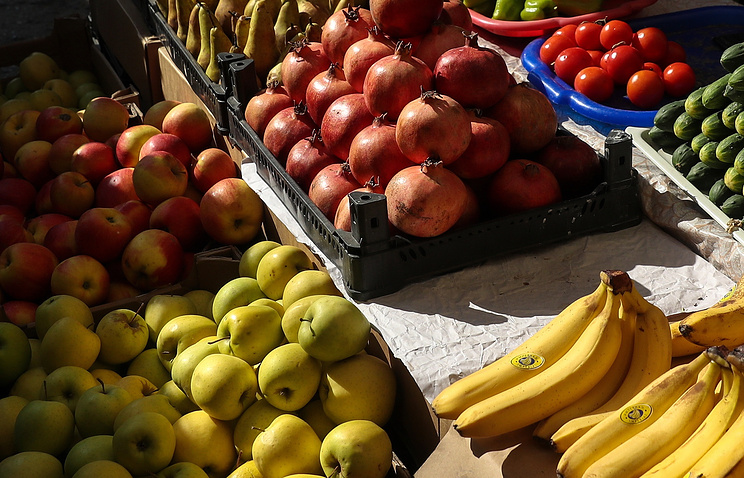 MOSCOW, April 5. /TASS/. Vegetables, fruits, flowers and reusable containers that are prohibited for import to Russia in connection with the distribution on the territory of Abkhazia brown marble bug, will return to the Russian market under control of the Rosselkhoznadzor from the 10th of April. This is stated in the Ministry of agriculture.

“It was decided in view of the foregoing work to remove the time limit and to open the import of agricultural products from the territory of Abkhazia from April 10, under control of the Rosselkhoznadzor”, – explained in the Ministry.

According to the Director of the Department of plant, mechanization, chemicalization and plant protection Ministry of agriculture Pyotr Chekmarev, the Abkhaz authorities on the ground in time mobilized troops, organized manual harvesting, chemical treatment, did a great job with the population. “Collected approximately 10.5 million individuals [selhozarteli], thus preventing its spread in the fields and plantations of orchards and vineyards”, he said.

In addition, the Rosselkhoznadzor specialists and experts were carried out explanatory work with local experts and the population, recommendations about the measures to combat this pest, chemical processing plants, the use of traps.

In 2017 brown marble bug destroyed in Abkhazia half of the citrus crop. First bug in Abkhazia was discovered in the fall of 2015, but during this period the number of the pest did not constitute a great threat to agricultural production, and in 2016 the situation has changed, the bug began to multiply rapidly, and the increase in its population began to lead to severe loss of crop of fruits and vegetables.