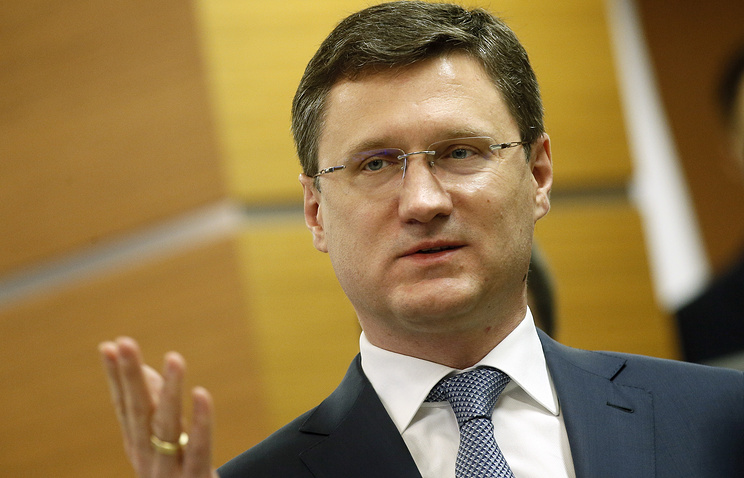 MOSCOW, April 6. /TASS/. The Ministry of energy of the Russian Federation does not exclude the possibility of recourse to the government with a request to adjust the timing of input of the second turn of thermal power plants (TPP) in the Crimea, which builds “Tekhnopromexport” (enters in GK “rostec”), to save the company from having to pay a penalty for late entry stations. This was reported to journalists by the Minister of energy of Russia Alexander Novak.

“I can, Yes, because it (the postponement of the introduction – approx. ed.) – it is not (“TPE”) of wine”, – he told, answering a question on whether the Ministry of energy to apply to the government with a request to reschedule the entry of the second queue Sevastopol and Simferopol TPP to “the company” did not pay a penalty for late payment.

The Minister recalled that the commissioning of the second phase of thermal power plants in Sevastopol and Simferopol is expected in the second half of 2018. But, according to the government decree, the second stage of thermal power plants must be entered no later than 18 June. The shift in timing related to the delay of building infrastructure for the stations. “The stations themselves are built on schedule, in accordance with the decree of the RF government, we are talking about the scheme of distribution of power and the inlet gas pipeline,” – said Novak.

On 21 March, Deputy energy Minister Andrei Cherezov reported that the government held meetings on the possible postponement of the introduction of a second block heat and power plants in Crimea. According to him, the commissioning of the second blocks may be postponed due to delays with obtaining a number of permits and construction of the infrastructure for which is responsible the region. The commissioning of the first phase of the two TES that are scheduled no later than may 19, will be held on schedule.

The representative of “Technopromexport”, in turn, said TASS that the part of the Rostec all obligations are met in full and within the time agreed with the Russian government.

The timing of the withdrawal of the Sevastopol and Simferopol thermal power plant in the Crimea at full capacity can be extended due to delays with the Crimean contractors, tightening the examination and registration of acts of Rostechnadzor at the objects of gas supply, which is responsible for “Chernomorneftegaz”, and risks with the introduction of transmission facilities “Krymenergo” through which power will be provided to consumers, reported TASS a source familiar with the situation.