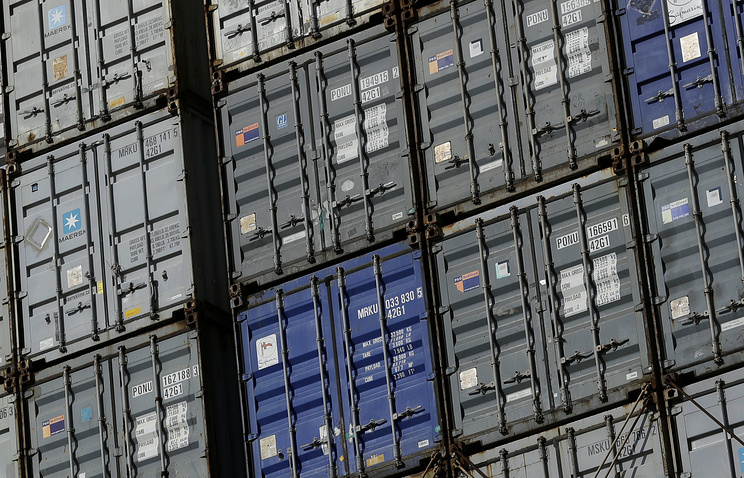 MOSCOW, April 6. /TASS/. The US trade deficit in February was a record high, reaching $57.6 billion, according to the newspaper “Kommersant” with reference to the Bureau of economic analysis (statistical Agency of the U.S. Department of Commerce).

According to “Kommersant”, the US imports in February by $77 billion exceeded exports. Services, by contrast, retained surplus of $19.5 billion the size of the deficit has been growing for over six months and is now the highest since October 2008. However, according to “Kommersant”, citing experts Capital Economics, the figure of February, partly tied to large one-time payment of a royalty for the right to broadcast the winter Olympic games.

Monthly exports and imports also were a record high, the newspaper said. Total U.S. exports for the month rose 1.7%, to $204,4 billion import Growth also remained at 1.7 percent, to $262 billion, According to forecasts Capital Economics, in the first quarter of 2018 net exports may again be negative, amounting to 2-2. 5% of GDP. There indicate that the acceleration in imports, supported by increasing consumer demand start to slow down (in the fourth quarter of 2017, the increase amounted to 14%).

The goods trade deficit with China in February fell 19%, to $29.3 billion (total trade surplus of China with all countries totaled $33.7 billion). However, as noted by “Kommersant” with reference to experts, this may be the result of a long weekend in China, associated with the celebration of Chinese New year.