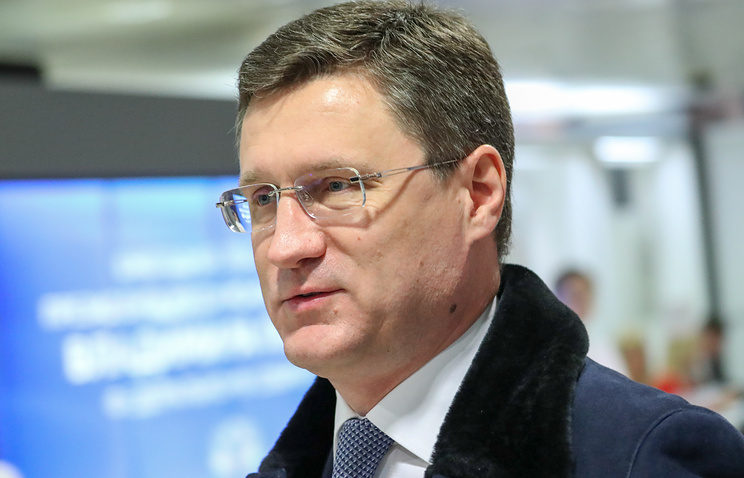 MOSCOW, April 6. /TASS/. All countries participating in the agreement to reduce oil production OPEC+, in favor of the continuation of cooperation on balancing the oil market. The journalists said the Minister of energy of Russia Alexander Novak.

“I have not heard a single Minister, who would be against such cooperation,” he said.

The Minister also noted that the future of OPEC transactions+ after 2018 possible in the framework of exchange of information and active participation of the countries participating in the balancing market.

“Both is not excluded. In principle, in case of need there is a tool how to influence the balancing market quickly, for example in the event of a crisis, which happened starting in 2014. At the same time very effectively to meet and discuss the situation in the markets, to understand better the current situation and future prospects. If before OPEC was cooked in its own juice, now the cartel was joined by 11 countries. It is a kind of international organization,” he said.

Novak also said that the energy Ministry has not received proposals to extend a deal OPEC+ in its current form until the end of the first half of 2019. “We have such proposals have been received from anyone”, he said. About this possibility earlier by the Minister from Iraq.

As for the future of the deal, Novak said that the Ministry of energy promotes the coordination of the level of oil production after the exit of OPEC+ “in order to fill the market with excess oil.”

OPEC+ can extend cooperation on balancing the oil market in one form or another for an unlimited time, said Novak.

“If we talk about format, we can do a perpetual agreement do. For example, we have “Forum of gas exporting countries”, which was organized in 2009. There is not written that in 10 years the country was going and discuss the situation on gas markets. Maybe indefinitely,” he said.

The Minister said that the Ministry of energy of Russia does not exclude the establishment of a separate entity after the completion of the transaction OPEC +, but specific decisions have yet been made.

“One of the discussed variants of this formalization. Some organization, which could be formalized. But again, no decisions have been made and we haven’t discussed it”, he added.

About the shale companies in the US

The Ministry of energy of Russia does not exclude further engagement on balancing the oil market of countries that do not export oil, but it is produced.

Currently, a number of countries, in particular China, are one of the world’s largest oil producers, but export this hydrocarbon.

Novak also noted that shale companies in the US “will certainly not attract to this process.” Previously it was repeatedly reported that OPEC is with negotiations with the producers of shale oil.

In their remarks, the OPEC Secretary General Mohammed Barkindo noted that all the major oil producers in the world bear full responsibility for the situation on the market, he also said that the agreement on the limitation of production, which involves 24 countries, both from OPEC and not from the cartel, is open to new members.

OPEC and Russia for its action to limit production, trying to reduce the global oil surplus. However, the decline in production in the countries – participants of the agreement increasing oil production in other countries, especially in the United States. So, in January of this year, the American production for the first time since 1970-ies exceeded 10 million barrels per day, and for 2018, the forecast of U.S. Department of energy, may reach 10.6 million barrels per day. According to the IEA, the United States already this year can get ahead oil production Russia.

The purpose of the agreement is to remove the surplus of world oil reserves, which as of January 2018 were above normal at 118 million barrels.