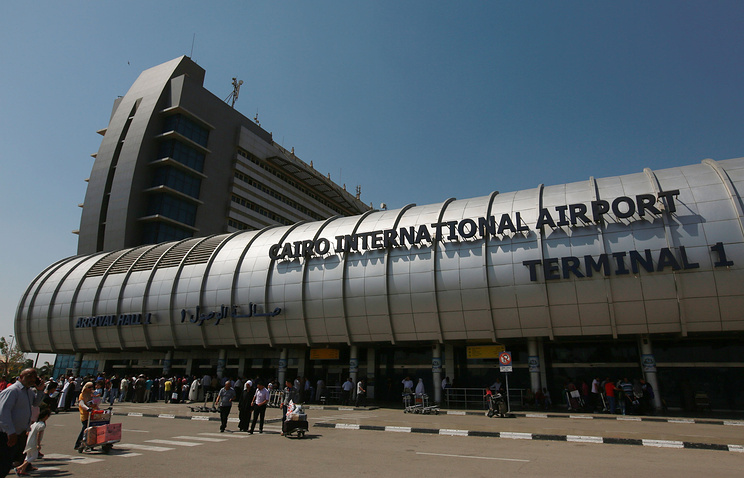 CAIRO, April 7. /TASS/. Special group of Russian specialists on aviation security, composed of eight people arrived on Saturday in Cairo. This was reported by TASS sources in the capital international airport. The Russians will be working here on a permanent basis and together with Egyptian colleagues to serve Moscow flights, which start on Wednesday, April 11. In particular, their task is observation of the inspection of baggage and hand Luggage, and cargo on the flights of Aeroflot and EgyptAir.

The contract for the provision of security at the airport of the Egyptian capital was signed on 7 March by companies “Sheremetyevo Safety,” which provides its experts, on the one hand, and “Aeroflot” and Egypt Air. This, in particular, was envisaged by the Protocol on resumption of flights between the two countries, and, as explained earlier, the head of the Egyptian national carrier Safwat Mosallam, Russian specialists will be in Cairo, “in accordance with international agreements on the right of airlines to take additional measures to ensure the safety of its flights and passengers at airports in other countries.”

In this regard, according to the newspaper Al Ahram, and Aeroflot and EgyptAir are to send their flights to Moscow from terminal 2, where for the next in the Russian capital of passengers will be done in a unified way. Take the flight from Moscow, the Egyptian carrier will, as before, in terminal 3, the place of their permanent home. The second terminal of the capital airport is considered the most modern and technically equipped. It was open in 2017 after a complete redesign.

As said Friday the head of Federal air transport Agency Alexander Neradko, “after working patterns of interaction in the airport, Russian and Egyptian experts on aviation security, to discuss the resumption of Charter flights to the Egyptian resorts of Sharm El-Sheikh and Hurghada. First after a 2.5 year hiatus, the flights from Moscow to Cairo will carry out 11 April, the Russian company “Aeroflot”, which will fly to the Egyptian capital on Mondays, Wednesdays and Saturdays. On April 12, its first flight was planned for EgyptAir, who intends to fly to Moscow on Tuesdays, Thursdays and Sundays.

Flights between Egypt and Russia was dismissed by Moscow’s decision in November 2015 after the collapse of the Sinai to the plane of the Russian airline “Kogalymavia” flying from Sharm El Sheikh to Saint Petersburg. On its Board there were 217 tourists and seven crew members, they all died. The FSB has described the incident as a terrorist attack. For the resumption of flights of Russia demanded from Egypt significant increase in aviation security measures.

Russian President Vladimir Putin on 4 January 2018 signed a decree on the resumption of regular air transport to Cairo.