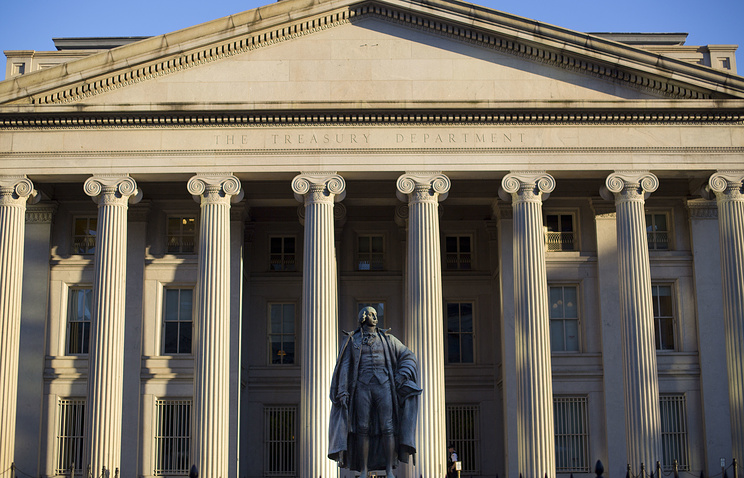 WASHINGTON, April 7. /TASS/. The U.S. Treasury Department ordered American investors until may 7 to get rid of stock and other securities three of the 12 Russian companies in respect of which Friday was sanctioned. Until June 5, the Americans must revoke all contracts with all 12 companies said in a statement released Friday by the office of foreign assets control of the Treasury.

US investors “need to 7 may 2018 to get rid of by sale or assignment of the right of non-us individuals and legal entities, shares and other assets of En+ group, “GAZ Group” and the combined company “RUSAL”, said management. The Finance Ministry also ordered these investors within 10 working days after 7 may to submit a detailed report, what specific action to whom and when sold.

The American physical and legal persons “required to 5 June 2018 to curtail operations, contracts or any other agreements, including those relating to the import of goods, services or technology in the United States”, sanctioned 12 companies and “other entities, 50% stake which directly or indirectly belongs to these 12 companies,” added management.

On Friday, Washington imposed sanctions against seven of the largest Russian businessmen, 17 civil servants and managers of state corporations and against 12 private companies and two government agencies. According to the explanations of the Ministry of Finance, assets of all 24 of these people and 14 organizations, if any, are subject to U.S. jurisdiction, are subject to freezing. Americans are now forbidden to maintain any business relations with the defendants in the list.

As stated in response the Russian foreign Ministry, Russia will not leave new US sanctions without a hard response.