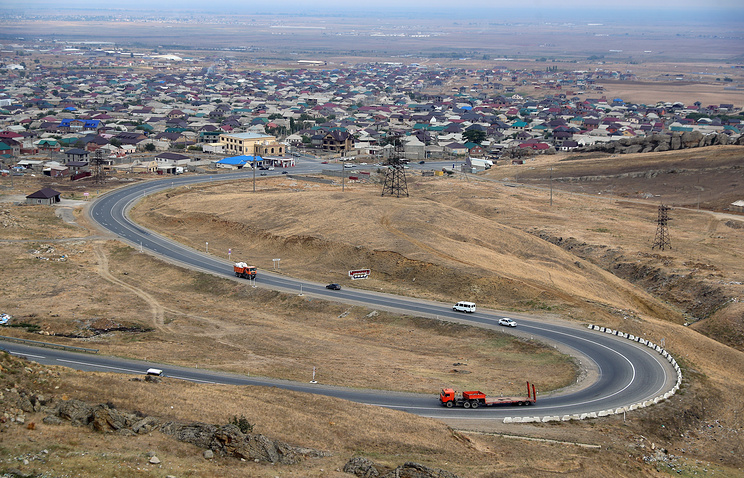 MAKHACHKALA, April 9. /TASS/. Dagestan’s authorities are planning to reduce the number of places of concentration of road accidents and lead to standards more than five hundred kilometers or 60% of the roads in Makhachkala in 2018 in the framework of the project “Safe and quality roads.” This was reported by TASS Deputy head of the Agency for road facilities of the Republic of Dagestan Sirazhutdin Aygumov.

“This year we need to reduce the number of places of concentration of accidents in dangerous areas, but evaluation of effectiveness takes into account the share of the length of the urban road network, which fully meets the regulatory requirements. The length of roads of Makhachkala agglomeration is 949 km, in 2018 planned to bring it up to standard more than 60% of the roadway is 573 km,” he said.

In 2018, the project “Safe and quality roads” in Makhachkala plans to allocate 765 million rubles from the Federal budget and the national road Fund – a total of about 1.5 billion rubles. Funds will be used to Finance repairs at the 86 km of streets of Makhachkala of the Metropolitan area and 40 miles of suburbs. According to the program plan to repair eight access roads to Makhachkala, 99 inner-city streets.

The authorities of the Republic and the city are trying to organize the detour path and to divide the work into stages, so that during repair in Makhachkala there was no traffic jam.

“All at once repairing is impossible to start and you have to divide the work in two or three stages. You need to plan activities so that the city did not have traffic jams. We have to coordinate with municipal departments and utilities providers, as they have planned work. On the streets of Makhachkala for the year you need to put about 200 thousand tons of asphalt,” – said Aygumov.

In the words of ISA Aygumov, in the first two years of project implementation, the program includes only the repair of roads – replacement of pavement, curbs, construction of traffic lights, pedestrian crossings and lighting. Reconstruction and construction of trails and entrances to the city planned for 2019.

Aygumov believes that the project is of great importance for the region, as it allows you to bring up to standard road network in the whole Metropolitan area.

“Before, the road sector received funds under the financing of the road Fund. We have received annually a rather large amount of the regional road Fund. But the regional Fund serves national and inter-municipal roads, and we could not spend more than 10% of municipalities. The money of such a large conurbation as Makhachkala it was impossible to bring in the normative condition of the road network,” he explains.

Now, he said, had all the bankruptcy procedure, and after 10-15 days the Ministry of transport and road economy of the region will sign contracts with contractors.

As TASS reported earlier, the total length of roads of Makhachkala agglomeration is about 950 km, among which are roads of Federal, regional and municipal values.

In 2017 in the framework of “Safe and high quality roads of Russia” in Makhachkala repaired 68 2 streets and access roads. In the framework of the project roads of Makhachkala has been expanded, create Parking pockets. The regional authorities expect that in this way solved the issue of congestion and the roads will become safer.

The Federal program “Safe and high quality roads of Russia” began to be implemented in 2017 and will last until 2025. It provides for the increase in the number of roads meeting standards, and reducing the number of accidents.