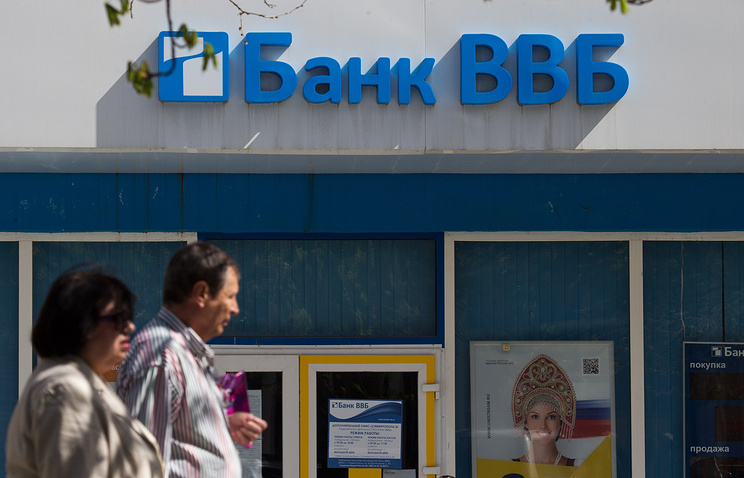 MOSCOW, April 9. /TASS/. The Bank of Russia order of April 9, 2018, withdrew the license for banking operations of the Bank in Sevastopol “CDH”, is the participant of system of insurance of contributions. According to statements by total assets of the credit organisation on 1 March took the 179-th place in the banking system of the Russian Federation, is spoken in the message of the regulator.

According to the Bank, the activities of the management of the Bank “vvb” led to the formation of the credit institution’s balance sheet a significant amount of distressed assets and assets that are measured at inflated cost. As a consequence, the Bank in December 2017 was unable to fulfill the requirements of lenders. To protect the interests of creditors and depositors of the Bank given its importance for the Republic of Crimea and Sevastopol city by the orders of the Bank of Russia was appointed a temporary administration for managing a Bank and a moratorium on satisfaction of creditors ‘ claims.

Objective reflection of the value of assets in the financial statements of the Bank “vvb” on the results of the interim administration of the examination of its financial condition led to a complete loss of own means (capital) of the Bank.

In addition, the report says, the Bank “vvb” allowed repeated violations of requirements of legislation in the sphere of combating legalization (laundering) of incomes obtained in a criminal way and financing of terrorism in terms of reliability submitted to the authorized body information, including for transactions subject to mandatory control.
The Bank of Russia repeatedly applied against the Bank “vvb” measures of Supervisory response, including twice introduced restrictions on attracting deposits of the population.

In connection with the revocation of the license for banking operations of the interim administration for managing the Bank appointed by Bank of Russia order in December 2017, discontinued. In accordance with the new order of the regulator, the Bank appointed a temporary administration by period of validity till the appointment of a bankruptcy Trustee or liquidator. The powers of the Executive bodies of the credit institution are suspended.

CBR notes that the insurance case is considered to have occurred as of the date of introduction of the moratorium on satisfaction of requirements of creditors of Bank “vvb” (12 December 2017), which is also calculated insurance indemnity in respect of the Bank’s liabilities in foreign currency.

Revocation of license for banking transactions made before the expiration of the moratorium on satisfaction of creditors ‘ claims, does not negate the legal consequences of its introduction, including the obligation of the state Corporation “Agency on insurance of contributions” (ASV) for the payment of insurance compensation on deposits.

Payment of insurance compensation on deposits (accounts) in the Bank “vvb” still performs DIA under the law “About insurance of contributions of physical persons in banks of the Russian Federation” – the introduction by the Bank of Russia of the moratorium on satisfaction of requirements of creditors of the Bank until the day of completion of the bankruptcy proceedings. Information about the authorised banks-agents for payments posted on the website of the Corporation.