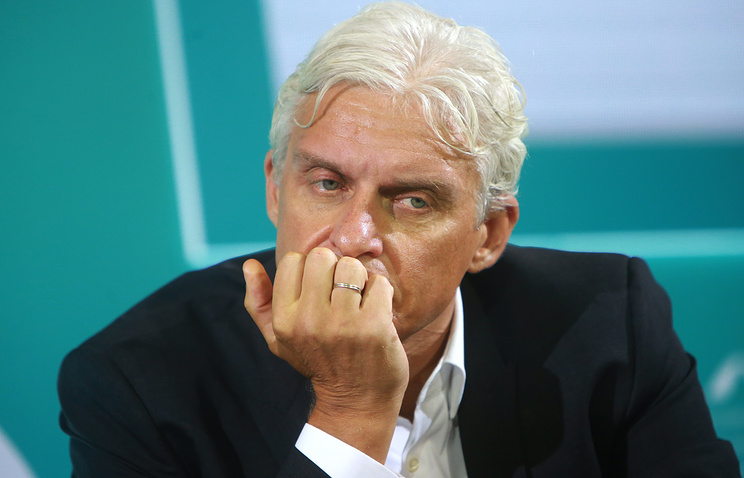 MOSCOW, April 10. /TASS/. Banker Oleg Tinkov said that against the background of recent U.S. sanctions, he lost in one day, $250 million despite the fact that his company is not included in the sanctions lists. He said this, speaking at the forum of the Moscow exchange.

“Russian business strong nerves, we feel fine. Yesterday I lost $250 million were the days worse, remember the $1 billion per day lost”, – he said.

The businessman said that being on the Russian stock market still, “something to ride on a volcano.”

“Unfortunately, our investors have not such strong nerves as the Russian business. The company operates fundamentally everything works, the Bank generates revenues and profits,” he said.