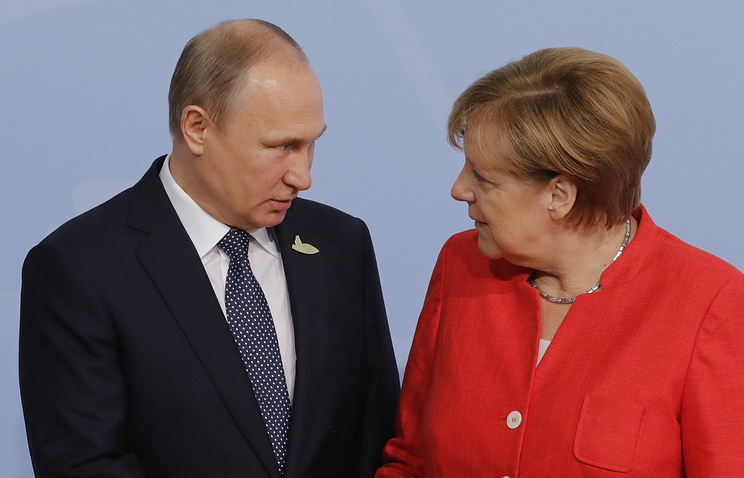 MOSCOW, April 9. /TASS/. Russian President Vladimir Putin and German Chancellor Angela Merkel in a telephone conversation confirmed the positions of both countries in relation to the project “Northern stream-2”.

“Confirmed Russia and Germany in the implementation of big mutually beneficial projects in the gas sector – the “Nord stream – 2”, – reported in a press-service of the Kremlin.

By the end of March, Germany has already given all the permissions for project realization on the territory of this country.

The leaders also agreed to continue joint work on resolving the domestic Ukrainian crisis in the Normandy format, the message reads.

According to the press service of the President, in the course of the conversation thoroughly discussed the situation in the South-East of Ukraine taking into account the inevitability of the Minsk package of measures as a basis for the peaceful resolution of the crisis. It is noted, in particular, the importance of parties ‘ compliance with the conflict of the Easter truce, expressed readiness further to assist the work of the special OSCE mission for monitoring the situation on the contact line.

The Kremlin added that there has also been “affected by problems associated with the possible establishment of the UN mission for the protection of OSCE observers”. “Expediency of continuation of efforts aimed at ensuring the exchange of hostages and illegally detained persons on the basis of the principle “all for all”, – stated in the message.