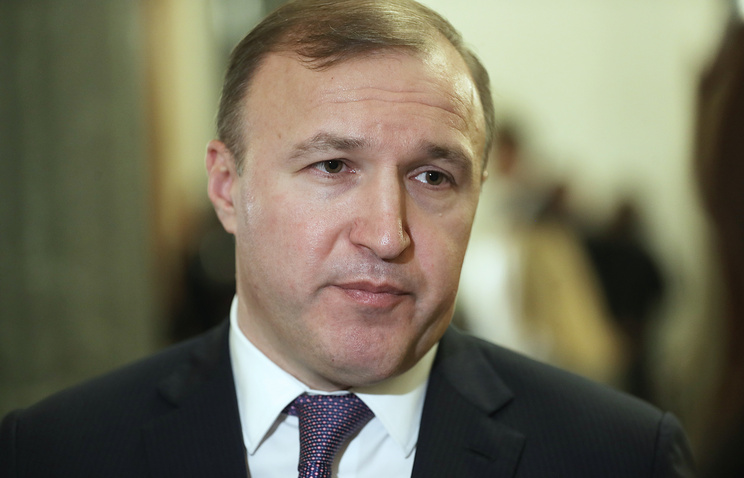 MAYKOP, 9 APR. /TASS/. The delegation of Italian entrepreneurs and representatives of the Italian-Russian chamber of Commerce will arrive in April to Adygea for detailed discussion on mutually beneficial projects with businessmen of the Republic, said on Monday, TASS, the head of Adygeya Murat Kumpilov.

“Among the promising directions of development of external economic potential of the region is expansion of trade – economic cooperation with Italy. Until the end of April is expected a delegation of Italian entrepreneurs, representatives of the Italian-Russian chamber of Commerce and industry, which we’ll discuss in detail all mutually beneficial projects. It is important to maximize the investment potential of the Republic in all spheres of activity. You need to use all the features of business negotiations, which for the first time in the Republic to be held at such a high level,” he said.

The business mission of the Italian Republic headed by the Ambassador of Italy Pasquale Terracciano with his wife. Participation will also take the General honorary Consul of Italy in the SFD and NCFD Pierpaolo lodigiani. The delegation will include heads and representatives of major Italian companies in various fields – banking, consulting, construction, agriculture, logistics, rehabilitation, physiotherapy, tourism, restaurant, cosmetic, design, SPA services, explained the head of the Republic.

As previously reported by TASS, in the Teuchezhsky district of Adygeya with the participation of Italian investors has already implemented a number of projects in the field of agriculture. Laid the Apple orchard area of over 100 hectares, and an experimental pear orchard. Planted 50 hectares of garlic, and this year it is planned to collect his first harvest of 400 tons.

“In Teuchezhsky district purchased the farm after the upgrade it will be located warehouses, refrigeration equipment. It is planned to build a greenhouse complex for growing of blueberries, everbearing raspberry, arugula and lettuce “iceberg”. For growing blueberries that investors are going to plant this spring, prepared 38 hectares. Two plots of 30 hectares set aside for new Apple orchards,” – said the press service of the President.

The first seedlings of Apple trees, imported from Italy, landed in the Adygea Republic in 2012 after a delegation of entrepreneurs of the region visited the Autonomous province of Bolzano – South Tyrol. Experts of the Italian Republic oversaw the first steps of the colleagues from the Republic of Adygea in the cultivation of gardens based on intensive technologies. Laid Apple orchards gradually entering into the stage of fruiting, which allows to annually increase the yield of Apple varieties Florina Idared, Golden, Goldstar, Granny Smith, Golden.