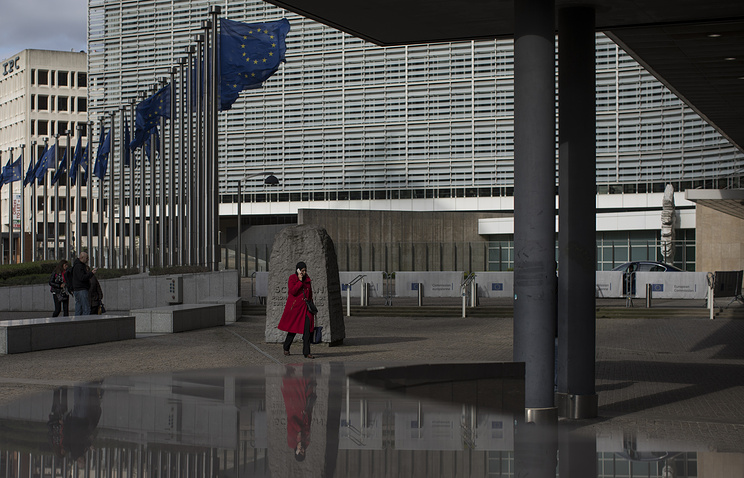 BRUSSELS, April 9. /TASS/. The European Commission (EC) is examining the consequences for the EU economy of new U.S. sanctions against Russian businessmen and companies, in particular, “RUSAL”, which has already warned about the risk of a technical default. This was reported on Monday TASS in the press service of the EC.

“The European Commission is studying the possible implications of US sanctions for the European market”, – said the press service, responding to a question. The EC has refused to comment on the possibility of countermeasures.

Shares of RUSAL and EN+ Group Oleg Deripaska at the opening of trading of the Moscow stock exchange fell by 20-40% after the message of April 6 on the introduction of U.S. sanctions against those companies. As the findings of trading of Masuri, the maximum decrease of the shares of “RUSAL” was 46.9%, to 15.04 rubles per share and global Depositary receipts (GDR) of EN+ Group, 22.9 per cent, to 450 rubles per share. On the negative dynamics of actions “RUSAL” has also affected the company’s news that the sanctions imposed by the U.S. Treasury, can lead to technical defaults and adversely affect its business.

In particular, currently, the company estimates what a negative impact it can have on the financial position of the group (the company “RUSAL” and its “daughters”). The company now carries out its credit and financial obligations, including the obligation to repay, in all other aspects. As of 10:33 GMT shares of “RUSAL” reduced by 22.3% up to 22 roubles per share, GDR EN+ – 15.3%, to 494,5 rubles per share.