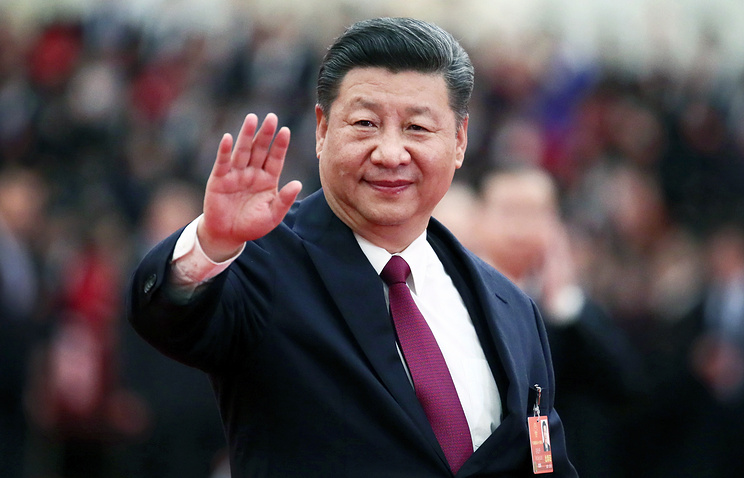 RUSSIA /China/, April 10. /TASS/. The government of China does not aim to maintain a positive trade balance, and plans to increase the national import. On Tuesday at the official opening ceremony of the Asian economic forum in Boao (South China) said the Chinese President, XI Jinping.

“China is not committed to a positive trade balance. We sincerely wish to increase imports and to achieve a more balanced international balance of payments”, – he said.

“This year we will significantly lower the import duty on imported cars, and fees for other goods. We will work to increase imports of competitive products in which our people need,” – said the head of state.

The Chinese President also said domestic consumption driving factor in the development of the country.

“We will expand the scale of imports. Domestic consumption is the driving force of China’s economic development, which aims to meet the rising demands of the population of our country, whose welfare is constantly growing, he said. – This year we will significantly reduce duties on cars and other goods”.

XI also expressed the hope that developed countries, in turn, will remove restrictions on exports of high-tech products to China.

A new phase of deterioration in trade relations between Washington and Beijing began on 3 April, when the administration trump released a list of products from China, which planned to introduce an additional 25%-s ‘ duties. In response, China’s state Council on Wednesday published a list of 106 titles American products on which duties would be introduced in 25%. The entry into force of the response depends on whether to impose the United States scheduled duties on Chinese goods.

On Thursday, the Ministry of Commerce of China said that Beijing initiated proceedings in the WTO against the unilateral actions of the United States against Chinese steel products and aluminium. On Wednesday, Beijing appealed to the WTO over the imposition of US duties on Chinese imports based on the 301st article of U.S. trade act of 1974.

China in the coming years will take a number of measures to enhance the openness of markets, will remove a number of restrictions on investment, Finance and production, said XI Jinping.

“China is even more open markets, especially in Finance and insurance, will remove restrictions on investments [limitations] in the field of production, in particular in the automotive industry, we will toughen measures in the sphere of protection of intellectual property,” he said.

“One belt, one road”

More than 80 countries and international organizations have signed with China the agreements on cooperation in the framework of the economic initiative of “One belt, one road”, added the Chinese President.

“Five years ago, I took the initiative “One belt, one road”. Since then, more than 80 countries and international organizations signed the documents on cooperation with China in the framework of this project,” he said.

“The initiative of “One belt, one road” may be the idea of China, however, its ability and results will benefit the whole world. China does not make any petty geopolitical calculations, does not create any closed factions, not put themselves above others and not impose on anyone any transactions,” continued the head of state.

“It must be emphasized, as the “One belt, one road” is a new initiative, it is absolutely natural is that on its expense there are different opinions,” – concluded XI Jinping.

In fall 2013, the President XI Jinping put forward the concept of “Economic belt of the silk road” (trade route from China to Europe, is designated as the first in 1877) and “Maritime silk road” that are part of the initiative “One belt, one road”. These projects aimed at the reconstruction of transport, energy and trade corridor between the countries of Central, South Asia and Europe. They aim to intensify scientific and technical cooperation and the deepening of economic cooperation between States.

The Asian economic forum held in the southern island province of Hainan since 2001. Russia from year to year takes an active part in its activities and closely monitoring the discussions taking place here.

This time in the forum, held from 8 to 11 April, involved more than 2 thousand people from 63 countries. In Boao arrived the President of the Philippines Rodrigo Duterte, the President of Austria Alexander van der Bellen, the Prime Ministers of Mongolia, New Zealand, Pakistan, Singapore, with which China’s senior officials discuss important economic and political problems.

The opening ceremony is a key part of the forum took place on the third day of the thematic sessions. Chinese President XI Jinping to the status of the head of state arrived in Boao for the third time.