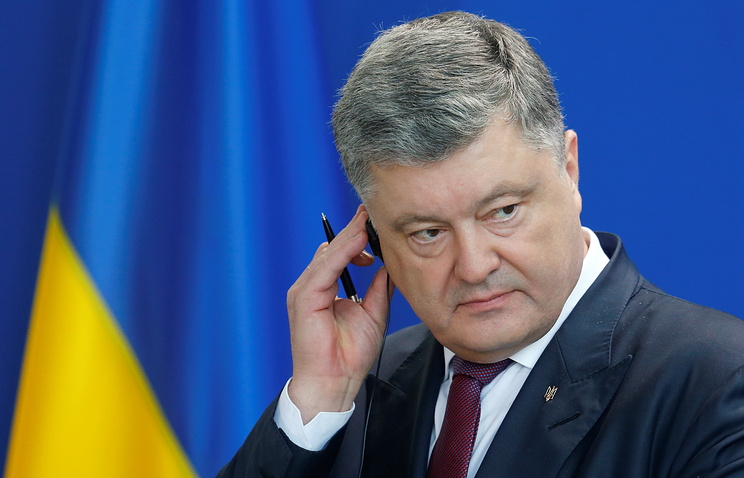 KIEV, April 10. /TASS/. The national security Council of Ukraine (NSDC) at the next meeting decide on the introduction of personal sanctions “against Russian oligarchs”, as it previously did USA. This was stated by President of Ukraine Petro Poroshenko in Berlin at a joint briefing with German Chancellor Angela Merkel.

“I instructed SBU, Cabinet of Ministers and the Secretary of the national security Council to prepare a draft decision to be submitted to NSDC. Sanctions will be imposed and will be harmonized with the decision of the U.S. government,” said the President whose speech was broadcast Ukrainian “channel 112”. He noted that the sanctions list will be the President of “RUSAL” Oleg Deripaska, and also “other Russian oligarchs”.

The U.S. Treasury on April 6 announced the introduction of sanctions against 38 Russian individuals and legal entities, including against the “Rosoboronexport”, “Russian financial Corporation” and “RUSAL”. Washington, citing new restrictions, again accused Moscow in the reunification of the Crimea with Russia, “inciting violence in the East of Ukraine”, support of Syrian President Bashar al-Assad, as well as in the conduct of the illegal activities in cyberspace.

Poroshenko said that he had instructed the national security Council to expand the list of Russian individuals and legal entities, against which Kiev has imposed sanctions, in accordance with the updated Friday the black list of the U.S. Treasury.