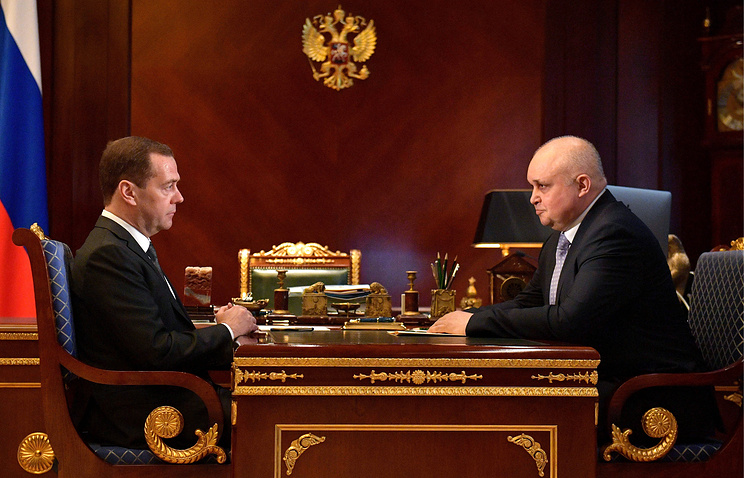 “Kuzbass has a great productive and human potential, we need to try to reveal it. Moreover, it is not only traditional forms of economic development in the region, they are generally known, but the creation of new industrial clusters, new enterprises”, – said the head of the government at the meeting with acting Governor of the Kemerovo region.

The Prime Minister expressed the hope that “as ingrowth in the performance of duty, as You dive into these issues, this kind of task You will.” At the same time Medvedev has assured that the Federal center and the Russian government is ready to provide support to the region for both economic and social issues, including through the creation of places in kindergartens, schools, as well as decisions of problems in sphere of rendering of medical services.

“All this we will plan the money in the Federal budget in the framework of the decisions, including taking into account the President’s address and other programmes for the development of the country”, – concluded the Prime Minister.

Aman Tuleyev, the Kemerovo region has directed since 1997, April 1, 2018 appealed to Russian President Vladimir Putin with a request for early resignation after a major fire in the Kemerovo TC “Winter cherry”, in which 64 people were killed and 79 were injured. The head of state has accepted the resignation of 73-year-old Tuleyev, appointed acting head of the region the Vice-Governor of 57-year-old Sergei Tsivilev.