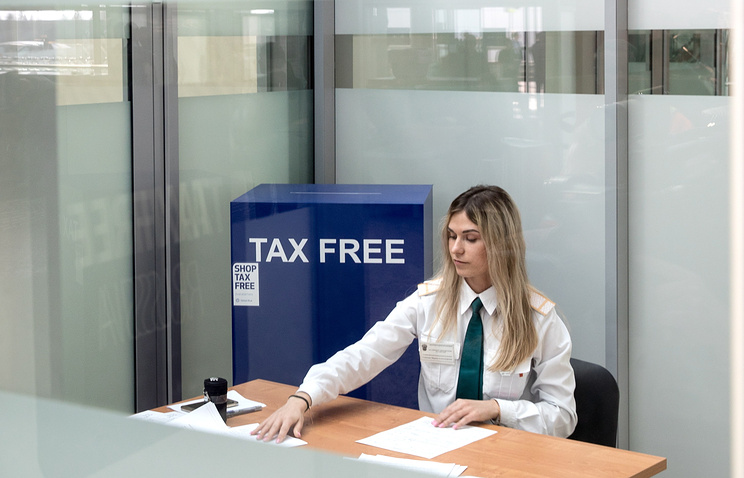 MOSCOW, April 10. /TASS/. Russian cities from April 10, began testing a system that allows foreigners to return VAT from purchases made in Russia. First the tax free system is introduced the regions that will host fans of the world football championship 2018.

On Tuesday, in a test mode for the system to work at Sochi airport. “Since April 10, in Sochi the pilot project on compensation to foreign individuals (not citizens of the countries of the Eurasian economic Union) the amount of value added tax when goods are exported outside the Eurasian economic Union”, – said the press service of the Sochi customs. The customs representative said that now working out a mechanism of interaction between various departments as well as the airport of Sochi, where the point of tax free.

To run the tax free system at the international airport of Sochi has required changes in the technological scheme of crossing the state border of the Russian Federation. Necessary infrastructure was created, finalized the visual navigation system.

In the near future in the international sector C of the airport will be placed information signs and international symbols on a Bulletin Board that will help to find reception system tax free in the departure lounge. Sochi custom designed instruction for foreign citizens on the rules of compensation.

As told TASS in the press service of the southern customs Directorate, customs officers are already preparing for the introduction of tax free in other cities in the South of Russia. “Southern customs Department carried out a set of preparatory actions for implementation of the system tax free at the airport Platov of the city of Rostov-on-don airport Gumrak in Volgograd city. Considering the issue of optimal allocation of check-in counters of the system tax free and their information technology equipment”, – reported in a press-management service.

The introduction of tax free prepared and in the Sverdlovsk region. Representatives of Koltsovo international airport in Ekaterinburg has declared its readiness to provide all necessary infrastructure operators tax free as soon as you need it. The same is said in the Urals customs Department.

“Customs inspectors are fully prepared to work with the tax free system. Their main task is to control the actual export of goods purchased abroad, and the spacer marks in the check to return the internal value added tax, ” – said TASS, the head of Ural customs administration Maxim Cmore. In each change of the customs office Koltsovo has employees who speak foreign languages, to help customs officers and other airport services will come volunteers who know Spanish, Arabic, Japanese.

St. Petersburg Pulkovo airport prepares infrastructure and fulfills the mechanisms for the transfer of payments. “At the airport, identified locations of points to obtain the customs stamp on the checks. Will soon be running the possibility of a return in the form of cash” – said the press service of the airport management company “Northern Capital gateway”.

When waiting for customers

Foreigners wishing to use the new system, the initial phase is not expected. From Sochi, as noted in a press-service of customs, now performed by two trips abroad – to Israel and Turkey. But representatives of the tourism sector see in this innovation a great potential for the city.

According to him, almost all the major shopping centres of Kaliningrad is ready to engage in the tax free system and technically already have this option. “In the field to date, ten major shopping centres already have the capability of providing service tax free, that is, providing foreign customers with the appropriate receipts for presentation to the border with the purpose of VAT refund for goods purchased in Russia”, – said Shenderyuk-liquid. He noted that almost all major shops in the center of Kaliningrad” offers products from jewelry, home appliances and mobile phones to women’s clothing.

In Sverdlovsk area consider that the tax free “must contribute to the promotion of the unique Russian goods, which will go tourists”. This opinion was expressed by TASS, the Director of the tourism development Centre of Sverdlovsk region Elmira Tukanova. “Today a great popularity among foreign guests are jewelry, Souvenirs made of stone,” she said.

Sami jewelers confirm their interest in selling products using the system of tax free. “I am definitely going to participate, because the more profitable for a buyer, the better for us – people are more willing to purchase the amount of decent return, for a thousand dollars or more. I think it’s just great and very timely,” said TASS, the founder of one of the jewelry houses Victor Moiseykin. He added that the domestic market is reduced, and now just needed an influx of new buyers.

Wait until you receive the cheque

In St. Petersburg one of the first stores that will be writing checks tax free, will be DLT (“Leningrad House of trade”, the Russian division of company Mercury, which owns the shops in St. Petersburg and TSUM in Moscow). “We already have the necessary infrastructure, there is an international partner of Global Blue (“global blue”, one of the leading operators of system tax free in the world), DLT training”, – told TASS managing Director of the shopping center Nick hill.

Previously, the Ministry has announced that retailers will be ready to launch in pilot mode of the system tax free in Russia from April 15. In the first stage, citizens of foreign States will be able to receive payments on the VAT refund system in the cities hosting the world Cup. List of cities where you can use the VAT refund on purchases will be gradually expanded.

A temporary order for tax free will be valid until October 1 – until an automated system of information exchange in this area. According to the plan of the Ministry of industry and trade, to the end of the year tax free will be launched throughout Russia.