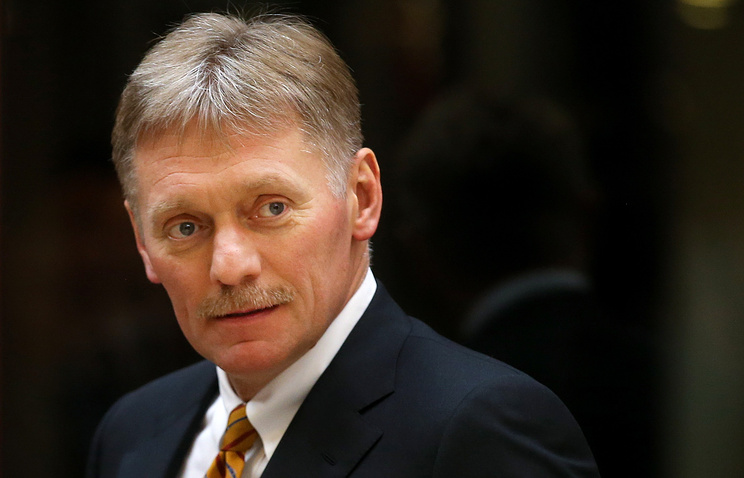 MOSCOW, April 10. /TASS/. Press Secretary of the President Dmitry Peskov said that after some time can be a major market correction, however, cannot predict which.

“Now, really, enough strong negative tendencies on the stock exchange was. They are partly due to market conditions, they are partly due to the emotional consequences,” – said the representative of the Kremlin. In his opinion, “this happens later there will be some adjustment”. “Which – while probably hardly anyone will say,” – said Peskov.

He said: “At least the situation [the country’s leaders] kept under fairly tight attention.”

A Kremlin spokesman said that “the economic agenda is a constant in the work schedule of the President [Vladimir Putin], the synchronization of activities with the government for economic Affairs is actually online and in these difficult days and in the usual mode.” He also drew attention to the fact that “every day, in fact, the President holds meetings, or otherwise associated with the economic Affairs.”

On Tuesday, the ruble has updated low against the us dollar from December 2016. The dollar against the ruble on the Moscow stock exchange exceeded 63 rubles. and amounted to 63,55 RUB. (increase by 2.89 RUB to the previous close).

As the findings of trading, the Euro Mosbirzhe exceeded 78 rubles. and amounted to RUB 78,42 (an increase of 3.72 RUB to the previous close) for the first time from 6 April 2016.

The ruble began to fall sharply after the introduction of new U.S. sanctions against several Russian officials, businessmen and companies. Among them was the head of “Gazprom” Alexey Miller, the head of VTB Andrey Kostin, the owner of “Renova” Viktor Vekselberg, the General Director “Surgutneftegaz” Vladimir Bogdanov, Board member of “SIBUR” Kirill Shamalov, businessmen Igor Rotenberg and Oleg Deripaska, Suleiman Kerimov.