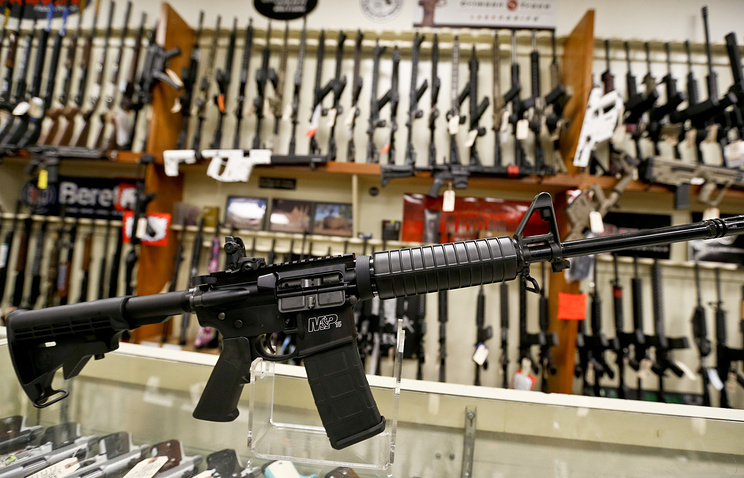 NEW YORK, April 12. /TASS/. One of the largest US banks Bank of America plans to stop lending to producers of small arms, military, approved for sale to civilians. This was announced in a statement on Wednesday an interview with Bloomberg, Vice-President of this financial institution Anne Finucan.

“We do not intend in the future to Finance the manufacture of firearms military weapons for use by civilians”, she said.

The Vice President said that the list of borrowers Bank of America “there are a number of manufacturers of firearms of the military type.” “We are negotiating with them. We notified them that do not intend to continue to maintain or to Fund such weapons,” she said.

Bloomberg among borrowers of the Bank calls such manufacturers of small arms as Remington, Sturm, Ruger & Company and Vista. Previously, the company Walmart, which owns the largest U.S. Department store chain, has banned the sale to anyone under 21 years of weapons and ammunition in their stores. Similar restrictions imposed and the Corporation Dick’s Sporting Goods, which is the country’s largest seller of goods for hunting, fishing and sports.

The issue of tightening control over the arms trade became particularly acute after February 14, in school, “Marjorie Stoneman Douglas” in Parkland (Florida) 19-year-old former student Nicolas Cruz staged a bloodbath, killing 17 people and wounding 15. In the US, a wave of demonstrations with a demand to tighten control over trade in firearms. According to the newspaper the Washington Post, from April 1999 to present, more than 187 thousand students in at least 193 schools are faced with armed violence in the classroom.

Bank of America – American financial conglomerate which is the largest Bank holding company in the United States in the number of assets. In addition, US Bank has offices in dozens of countries. Turnover conglomerate with headquarters in the U.S. Charlotte (North Carolina) last year amounted to more than $87 billion.