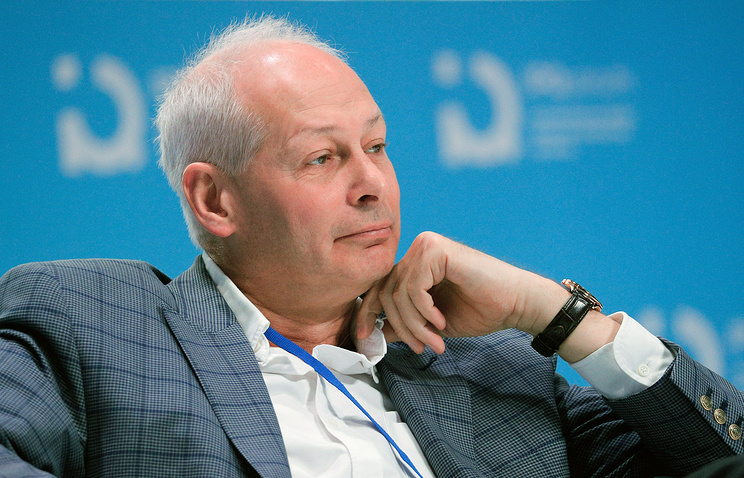 SVETLOGORSK /the Kaliningrad region/, April 11. / TASS/. ICT code intended to replace the laws “On communication”, “On information, information technologies and protection of information” and “On personal data”, subject to fulfilling certain conditions will help to ensure the effective regulation of the digital economy. TASS on the site IPQuorum-2018 was announced by Deputy Minister of the Ministry of communications and mass communications of Russia Alexei Volin.

Earlier it was reported that Media and communications Union has begun to prepare information and communication code, which should in future replace existing laws in the field of IT and communications. The head of the Ministry Nikolai Nikiforov expressed the opinion that the development of such a code feasible, provided a comprehensive approach to legislation, which should lead to economic growth in the country and improve the lives of Russians.

“The originality of the digital economy is that regulation should be not spelled out in detail petty nature, as a framework. We believe that, ideally, should go in the following way: the laws must be few, they should be a framework, and they should not change frequently. And in this regard we are quite positive about the idea, which is being discussed on the establishment of an information and communication code, but if it will satisfy the three rules,” said Wolin.

In addition, according to Volin, if the adoption code must be provided for guarantee that it is unchanged there will be a certain time and not be subject to constant changes or additions. The development of the code will deal with the representatives of the industry who have yet to find a common approach. The Ministry of communications, in turn, is “dialogue with colleagues”.

The Deputy Minister also stressed that today, the digital transformation is far ahead of regulation, because technology is evolving faster than the rulemaking. “This leads to the fact that it is often a question are trying to legally and regulatory to adjust, and the technology is so went forward that this regulation has lost its meaning,” added Wolin.