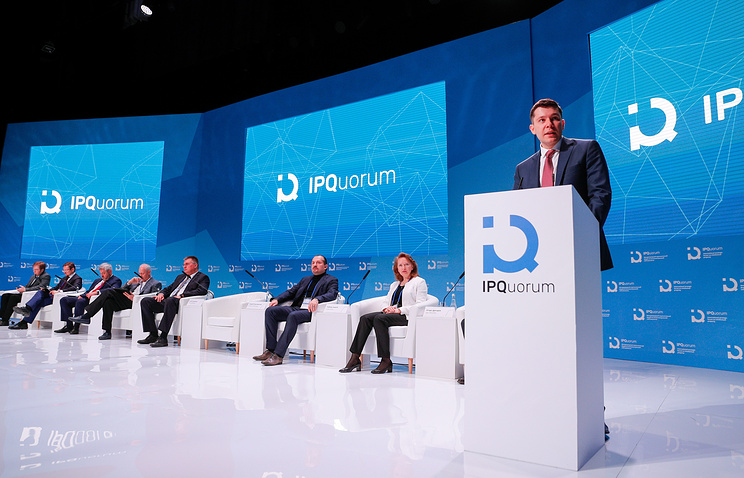 SVETLOGORSK /the Kaliningrad region/, April 11. / TASS/. Kaliningrad oblast intends to become a platform for the experiment on parallel import of pharmaceuticals, told reporters the Governor Anton Alikhanov on the sidelines of the forum IPQourum, which takes place in Svetlogorsk, Kaliningrad region.

Parallel importation is the importation of goods into the country through channels not directly associated with the owner, that is, without direct permission of the patent owner or officially authorized provider.

“Yes, of course, we now this issue with Andrei Borisovich (Kashevarov, Deputy head of the Federal Antimonopoly service) discussed, we refer to the letter to the government and will ask that such experiment on our site held,” – said the head of the region, responding to a question on whether the authorities of the Kaliningrad region to initiate the experiment.

“From the point of view of geography, Kaliningrad is a convenient platform for the experiment… I take a look at Kaliningrad as a convenient platform for experiment, to look at the economic effect”, – added the chief Executive officer. According to him, the introduction of parallel imports of medicines will “significantly reduce the cost of medicines for the population,” and the experiment will allow to assess the economic effect from this, and already then to transfer experience to other regions.

Deputy head of FAS Andrey Kashevarov said that “the unique position of the region” in the course of the experiment will not disrupt the economic ties that have developed in the framework of the Eurasian economic Union (EEU). “Here we can conduct completely honest experiment with this idea and I agree,” said Cook.

In February the constitutional court opposed the destruction of the original products, legally imported into the Russian Federation informal distributors, that is the scheme of the so-called parallel imports.

The reason for the proceedings in the constitutional court was an appeal of the company “PAG”. The firm has signed a contract for the supply of special paper for Sony’s brand of ultrasound machine in the hospital of the Chernyakhovsk in the Kaliningrad region. Paper entrepreneurs bought the Polish from a third party company and tried to import, but the cargo was arrested. The arbitration court of Kaliningrad region has satisfied the claim about protection of exclusive rights of trademark ‘SONY’ by Sony Corporation. The company “PAG” decided to challenge the arbitration decision in the constitutional court.

The constitutional court ruled that destroy the goods, imported on the territory of Russia in order of the parallel import is possible only in case of their inadequate quality or safety, protection of life and health of people, protection of nature and cultural values. In its decision, the court stressed that the principle of restriction of import of goods placed on them trademarks are not contrary to the Constitution.

International strategic forum IPQuorum 2018 gathered in Svetlogorsk more than 500 experts from more than 30 countries to discuss intellectual property issues and the development of digital technologies. From 11 to 12 April at the forum consists of 12 thematic sessions, to structure discussions organized by the 7 hubs. It is expected the signing of an intergovernmental Memorandum of replicating good practices in the field of intellectual property, agreements on strategic partnership with leading market players.

The forum is held under the auspices of the Commission of the Russian Federation for UNESCO. It was organized by the Russian Association for the protection of intellectual property IPChain and the Eurasian Confederation of societies of rights holders (ECOP) that govern the various categories of intellectual property rights in member countries the EEU, CIS and BRICS. The news Agency TASS is the General information partner of the forum.