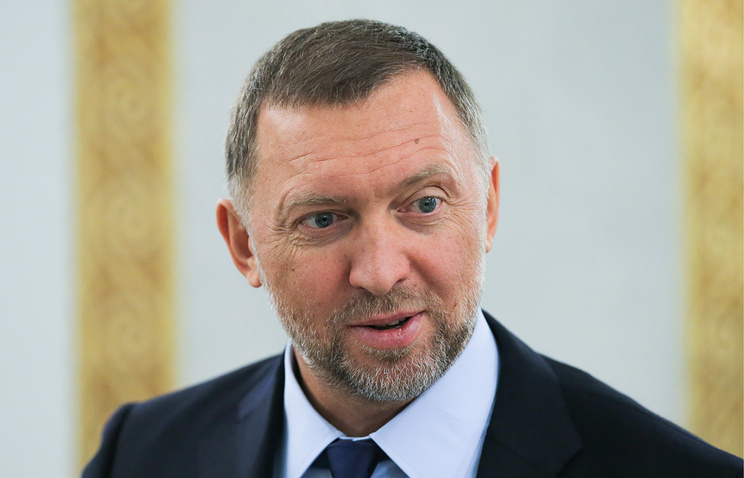 MOSCOW, April 12. /TASS/. Oleg Deripaska has refused the nomination to the Board of Directors of Norilsk Nickel, told reporters the company representative.

“Oleg Deripaska has refused the nomination to the Board of Directors of Norilsk Nickel, received from him the official refusal of the nomination”, he said.

The rejection of the nomination to the Board of Directors of Norilsk Nickel has been received only from Deripaska, the rest of the list of candidates from “RUSAL” has remained unchanged, the company said.

Now the Board of Directors of Norilsk Nickel will have to nominate instead of Oleg Deripaska’s a new candidate for a vote at the annual General meeting of shareholders. The next meeting of the Council scheduled for 12 and 16 April, but the agenda there is no question of nominating new candidates, said TASS in the company.

Deripaska was nominated to the Board of Directors of Norilsk Nickel on April 5 and on April 6 the U.S. Treasury has included a businessman and eight related companies in a special sanctions SDN list, which bans American citizens and legal persons have a business relationship with these assets (Agroholding “Kuban”, “the EuroSibEnergo”, “RUSAL”, the holding “Russian machines” and the GAZ group, the investment company B-Finance, holdings Basic element and En+).

Deripaska was nominated to the Board of Directors of MMC amid renewed long-standing dispute with another major owner of Norilsk Nickel – Vladimir Potanin, which is 32.9% of “Norilsk Nickel” (the share of “RUSAL” – 27,8%). The dispute resumed in February this year, when another Russian businessman – Roman Abramovich has decided to sell 4% stake in Norilsk Nickel. RUSAL in the High court of London demanded to ban the deal.

However, at the last meeting, on 8 March, the parties agreed that Crispian company Abramovich – will be able to sell a 4% stake. The parties have stipulated that if at the next meeting of the court recognizes the transaction contrary to the shareholder agreement, the sale will be cancelled and the stock will come back into the possession of Crispian. The lawyer of one of the parties has explained to journalists that the transaction on sale of 2% of RUSAL and 2% Whiteleave Vladimir Potanin may be made at any time since March 8. Itself “RUSAL” reported that also received an offer from Crispian, but is ready to accept her if she “has the force of law in accordance with the terms of the joint agreement.”

March 15 “Interros” Potanin has closed the acquisition of 2.1% of the shares of “Norilsk Nickel” the company Crispian Abramovich.