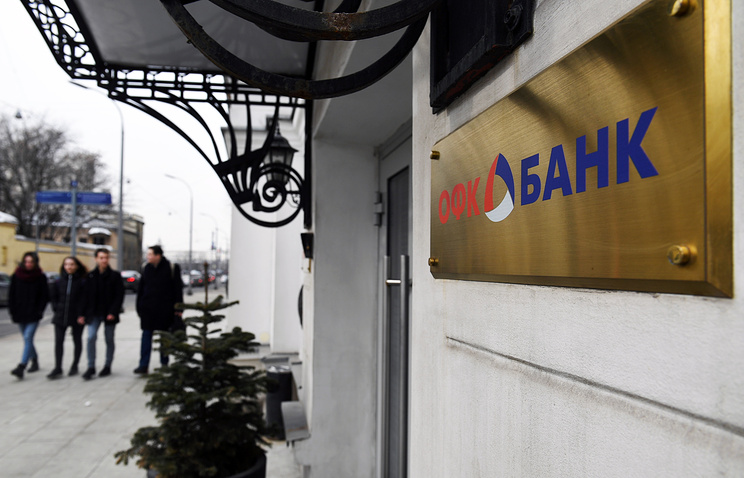 MOSCOW, April 16. /TASS/. The Bank of Russia order of April 16, 2018, has withdrawn the license for banking operations of the Moscow Bank “joint financial capital” (OFC Bank), a member of the Deposit insurance system.

According to the Central Bank, problems in activities of OFK Bank arose in connection with the use of a risky business model, which focuses on lending to companies in the sector of production and distribution of alcoholic beverages. However, as noted, the credit institution has provided funding for economically interconnected enterprises, using different “schemes” for the purposes of formal compliance with prudential norms of activity established by the Central Bank.

The state Corporation “Agency on insurance of contributions” (ASV), which by order of the Bank of Russia imposed temporary administration on management of Bank OFC, conducted a survey of its financial position, which revealed the complete loss of the Bank’s own funds (capital).

In addition, the regulator, the credit organization has allowed repeated violations of requirements of the legislation and normative acts of the TS in the field of combating the legalization (laundering) of incomes obtained in a criminal way and financing of terrorism in part of non-compliance with the obligation to identify transactions subject to mandatory control, as well as the timeliness and reliability of submitted to the authorized body information.

The Bank of Russia has repeatedly used against OFK Bank measures of Supervisory response, including twice introduced restrictions on attracting deposits of the population. However, the management and owners of Bank didn’t take effective action, aimed at normalizing its activity. Moreover, one of the causes of financial instability OFK Bank was a corporate conflict, the consequence of which was the failure or the failure of the largest borrowers to service their obligations towards the credit institution, stated in the message of the Central Bank.

The implementation of the financial recovery procedure OFK Bank involving ASV deemed economically unfeasible due to the extremely low asset quality and a significant imbalance between the value of assets and liabilities, and also considering the inability of the Bank to ensure continued compliance with the requirements of the lenders.

Also in connection with the revocation of the license to conduct banking operations revoked license OFC Bank’s professional activity on the securities market.

By order of the Bank of Russia stopped activity of the provisional administration to manage the credit institution assigned by Bank of Russia order on March 23, 2018. In OFC, the Bank appointed a temporary administration of the validity period until the appointment of a bankruptcy Trustee or liquidator. The powers of the Executive bodies of the credit institution are suspended.

The insurance case is considered to have occurred as of the date of introduction of the moratorium on satisfaction of creditors ‘ OFK Bank (March 21, 2018), which also calculated insurance indemnity in respect of the Bank’s liabilities in foreign currency.

Revocation of license for banking transactions made before the expiration of the moratorium on satisfaction of creditors ‘ claims, does not negate the legal consequences of its introduction, including the obligation of the DIA for insurance reimbursement.

Payment of insurance compensation on deposits (accounts) is still carried out ASV on the ground, provided one of the provisions of the law “About insurance of contributions of physical persons in banks of the Russian Federation” – the introduction by the Bank of Russia of the moratorium on satisfaction of requirements of creditors of the Bank until the day of completion of the bankruptcy proceedings.

As previously reported, the DIA chose the savings Bank as the agent Bank for the reimbursement of the Bank of Moscow OFC. Reception of statements on payment of the insurance indemnity and payments to depositors began April 2.

According to ASV, the amount of insurance compensations to depositors of OFC Bank will amount to 8 billion rubles For payments can go about 11 thousand depositors, including about 100 investors with accounts for business activities worth about 19.9 million RUB.

The Central Bank said that according to statements by total assets of the credit organisation on 1 April occupied 127th place in the banking system of the Russian Federation.