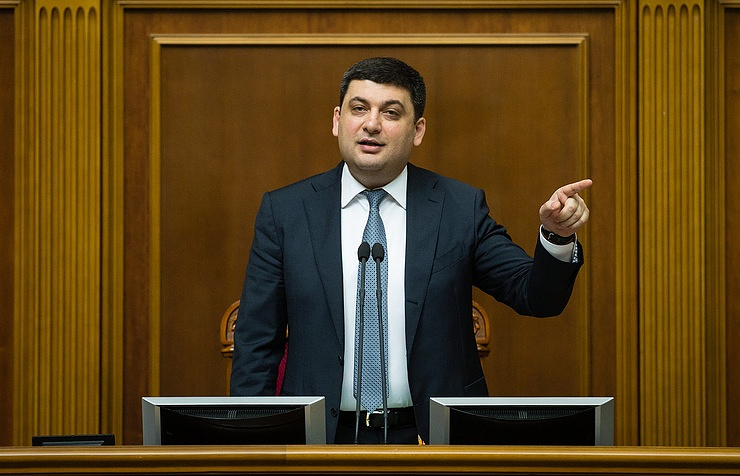 KYIV, April 13. /TASS/. The Ukrainian government is not able to service the country’s external debt, the amount of payments was “unaffordable”. On Friday said Ukrainian Prime Minister Volodymyr Groysman.

“We have a very large external debts. Only this year for their service we need to pay 130 billion hryvnias (about $5 billion). This is an exorbitant figure,” – he said on air of the Ukrainian TV channel Inter. To reduce the amount of borrowing, said the head of government should “quickly resume economic growth”.

At the same time, Groisman said that Ukraine seeks to resume lending from the International monetary Fund by fulfilling the necessary conditions for this. “Conditions there are two: the most important thing – the creation of the anti-corruption court, as well as the price of gas,” – said the Prime Minister, adding that these issues “have a dialogue”. “We agree the price formula and social protection. We have to balance to raise the price of gas,” – said the head of government.

Earlier Groisman said that from 2007 to 2014, Ukraine has received loans amounting to $46 billion.

According to the world Bank, in 2018 or 2019 Ukraine will need to raise about $18 billion to repay the state budget deficit and the debt over 2018-2019 years. In this case, from $18 billion to about $8 billion can be financed from external sources, and the remainder in the domestic market.