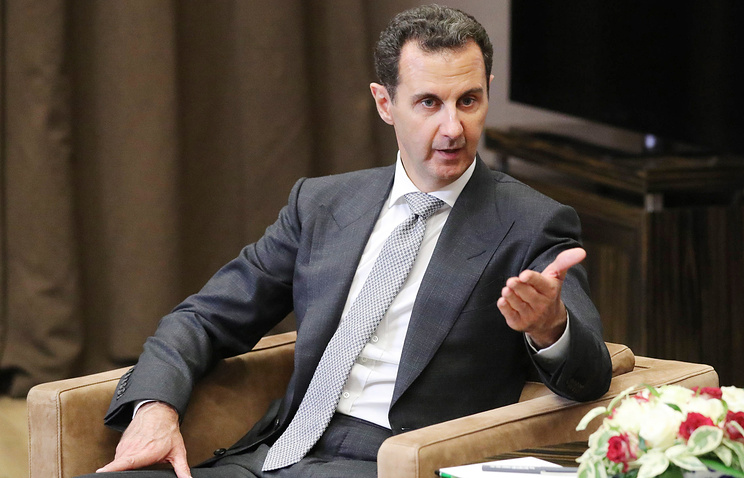 DAMASCUS, April 15. /TASS/. Syrian President Bashar al-Assad meeting with Russian delegation in Damascus said that the recovery of the Syrian economy requires $400 billion About it has informed journalists the head of delegation, head of the state Duma for relations with the Syrian Parliament Dmitry Sablin.

“Important topic is the restoration of the infrastructure, it will cost no less than $400 billion, it will take 10-15 years”, – cited the words Sablin Assad.

The Syrian leader also said that he didn’t expect to work in the country’s Western oil and gas company, said Sablin.

“We are not here waiting for Western companies, especially in oil and gas sector. I talked about this with President [Vladimir] Putin in Sochi, we want there to be worked by a Russian company, hoping for their rapid development,” the MP cited the words of the Syrian leader.

“We have identified specific important projects for cooperation, which is too early to say. They will be useful for both countries. Assad promised personal support for their implementation”, – said the Russian parliamentarian.

According to Sablin, the Syrian President expressed confidence that the country will continue its development, not paying attention to the actions of the West.

“Our cooperation must confront the aggressive policies of the West. Syria will continue its development, not paying attention to the actions of the West” – led Sablin words Assad.

Assad supported the conclusion of contracts on cooperation between the Moscow region and the province of Damascus, and between Tartus and Sevastopol, said Sablin.

“We talked about the possibility to establish cooperation between different regions of Russia, in particular between Moscow region and the province of Damascus, Tartus and Sevastopol. Assad said that it is important to take into account peculiarities of regions, and supported the format of cooperation”, – said Sablin.

The Russian delegation headed by the coordinator of the group for relations with the Syrian Parliament Dmitry Sablin arrived in Damascus on 13 April, prior to that, the participants visited HOMS and Palmyra.