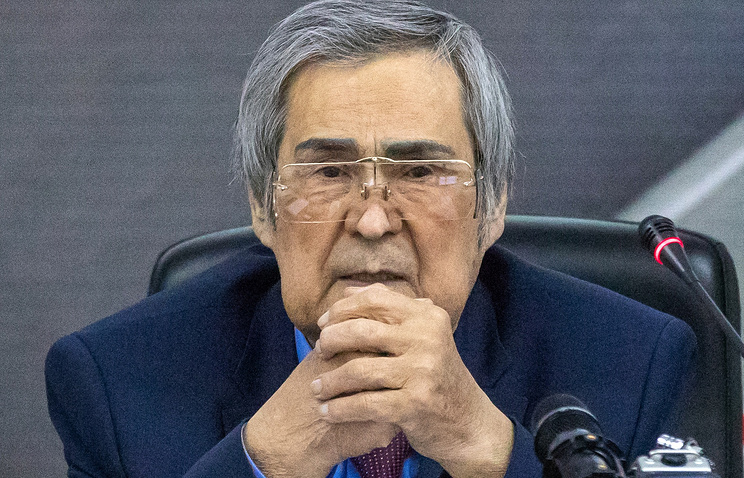 KEMEROVO, April 14. /TASS/. The income of the former Governor of Kemerovo region Aman Tuleev, who left the post of head of the region on April 1, and after 10 days elected speaker of the Kuzbass Parliament, in 2017 amounted to 5.2 million rubles. It is stated in the Declaration of policy on income, published on the official website of the regional administration.

As previously reported, for the year 2016 Tuleyev declared income 5.42 million. In 2016 he had two accounts in banks of the Russian Federation in the amount of 971,7 thousand rubles.

In may 2017, he underwent spinal surgery, which was conducted by doctors in Germany, until the middle of December was on sick leave.

Traditionally, a large portion of the proceeds Tuleyev accounts for payment for the title of “people’s Governor”, the honourable citizen of the Kemerovo region, 12 cities (2016 – 11) and seven districts. In 2017, this amounted to 3.2 million rubles and increased compared to the previous 10%.

The income of the spouse

The income of the spouse Tuleyev Elvira in 2017 amounted to more than 17 million 784,6 thousand rubles, which is 4.7 times higher in 2016. The Declaration States that the main income in the amount of more than 16.6 million received through the sale of a residential building with total area of sq. m. 497,1

In the report for the year 2016, when its revenues amounted to 3 million 758,7 thousand and increased in comparison with the year 2015 in 10.6 times, also explained that their increase is due to the sale of residential building area 497,1 sq m in the amount of 3.47 million rubles.

Family-owned Tuleevym in 2017, as in the previous year, two apartments and garage in the house area of 281,5 sq m and a land area of 1.7 thousand sq. m. All property is in Russia, vehicles in Tuleevym no.

The change of Governor

Aman Tuleyev, the Kemerovo region has directed since 1997, April 1, 2018 appealed to Russian President Vladimir Putin with a request for early resignation after a major fire in the Kemerovo TC “Winter cherry”, in which 64 people were killed and 79 were injured. The head of state has accepted the resignation of 73-year-old Tuleyev, appointed acting head of the region Deputy Governor Sergei Tsivilev.

3 APR Tuleyev, who headed the list of candidates, who put forward the “United Russia” on elections in the Kuzbass Parliament in 2013, was awarded the vacant mandate of a Deputy. On 10 April he was elected Chairman of the regional Council.